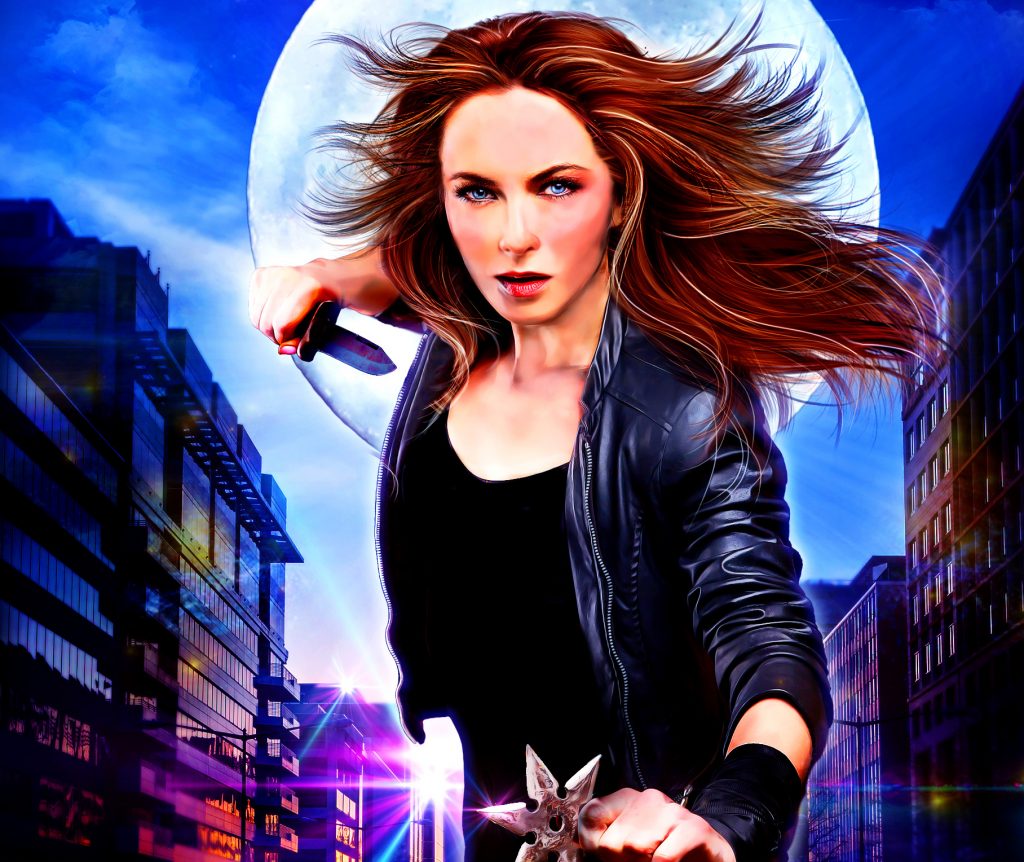 If you missed the beginning, click here to start on chapter 1.

I really thought I was home free, key already in the door of my battered Toyota Corolla and mind three towns away. But I should have known any alpha worth her salt possessed a sixth sense that would alert her when an underling tried to carry purloined goods out of her territory unhindered.

“Wilder-Young!” Dakota called from three doors down. And maybe it was my guilty conscience or my inner wolf’s intuition, but I somehow knew she wasn’t hailing me to shoot the breeze.

Still, it would have looked suspicious to tear out of the parking lot without answering. So I left the bin of cupcakes balanced on the car’s metal roof and turned to face my employer. “Any luck?” I asked, referring to the lawbreaker she and a third of the pack had set out to capture earlier in the afternoon.

…Or, rather, to kill. Because Dakota licked what I’d previously assumed was red nail polish off one sharp fingernail in lieu of a reply, teeth glinting wickedly in the late afternoon light. “Plenty,” she answered at last. Then her eyebrows rose as she took in the bin of cupcakes only partially shielded by my head. “Are you sure Daddy Dearest would approve of you bringing sweets back to your fuck buddy?” she added, tone remaining emotionless and cool. “Perhaps I should call and make a report.”

In lieu of a response, I inhaled sharply through my nose, refusing to grace Dakota’s assessment of either relationship with a verbal reply. The poke at me and Wolfie rolled off my back like syrup over a hot pancake—if anything, it proved that my cover was still holding months later. But the jab at Sebastien….

So what if we aren’t mated the way shifters would be by now? I thought rebelliously. Yes, the professor and I were dating in a human manner that felt subtly wrong to my inner wolf. But Sebastien was human. It made sense to get to know each other in a human fashion before we chose to commit in a bond unbreakable even by death.

Or so I told myself every time doubts cascaded over my head, threatening to drown me in their dark, malodorous depths.

Only when I smelled sweet humor rolling off Dakota’s slender body did I realize I’d been played yet again. Dakota didn’t care who I was dating or whether I was dating. She just liked to see if twisting my metaphorical underwear would make me jump.

Once again, she’d goosed me precisely where it hurt.

Well, two could play at that game. “Yeah,” I responded as easily as I could, picking up the big round container I’d filled with presents for Sebastien then sliding into the driver’s seat with cupcakes in tow. “Some of us have a life outside of work. Speaking of which….”

I started easing the door shut between us, but Dakota was too fast for me. In the time it took to slip fingers into the door handle in preparation for a door-slamming escape, she’d swooped forward and snagged a cupcake right out from under the plastic lid

Only when the irregular line of frosting on the far side of the chosen pastry made jagged shadows against my employer’s incisors did I realize that I’d been right from the beginning—this supposedly chance meeting wasn’t random at all. “Don’t…” I started.

But I couldn’t think of a single excuse sufficient to wrench the pastry out from between Dakota’s fingers before her teeth crunched against the pills inside. And, sure enough, the sound of enamel pulverizing pre-powdered chemicals emerged from her mouth like the sharp crack of rabbit bones on a January night. Meanwhile, the air filled with the harsh haze of incipient fur.

Despite my best intentions to stand my ground, I cringed back into my vehicle, expecting a vicious tirade the like of which had left an underling bed-bound last week. But my boss didn’t flinch or spit the tablets out. Just chewed thoughtfully, swallowing drugs and cupcake as easily as if the pastry was oven perfect.

Her eyes didn’t dilate either. Three pills would have been excessive for anyone else’s body, but they didn’t impact my small-framed boss’s behavior in the slightest. Instead, Dakota moved as easily as ever when she dropped the rest of the cupcake to the pavement and ground it into mush beneath one booted foot.

“I told you I’d hook you up if you ever wanted any,” the other female told me, her voice just as sugary sweet as it had been a minute earlier. “Offer’s still open.”

Only then did her eyes narrow, the bloodthirsty wolf I knew was inside making itself evident at last. “But here’s the deal,” she added, enunciating carefully to overcome the lupine tendency to lisp. “Pharmaceutical improvements in this pack come only from me. You’re not irreplaceable, so don’t act like it.”

Then, warning concluded, Dakota yawned and dismissed me as easily as she’d threatened my life. “Have fun with your fuck buddy,” she finished, turning away without another word and disappearing back into the maze of buildings that housed her pack.

And even though she’d dismissed me after only a minor tongue lashing, I could barely fit the key into the ignition due to the shaking in my fingers. I’d failed yet again in my attempt to gather evidence for the Tribunal. Perhaps my task was simply impossible to achieve.

Still itching to hear from Sebastien? Our favorite professor shows up on the very next page. Nab Huntress Unleashed on the retailer of your choice and keep reading using the links below: