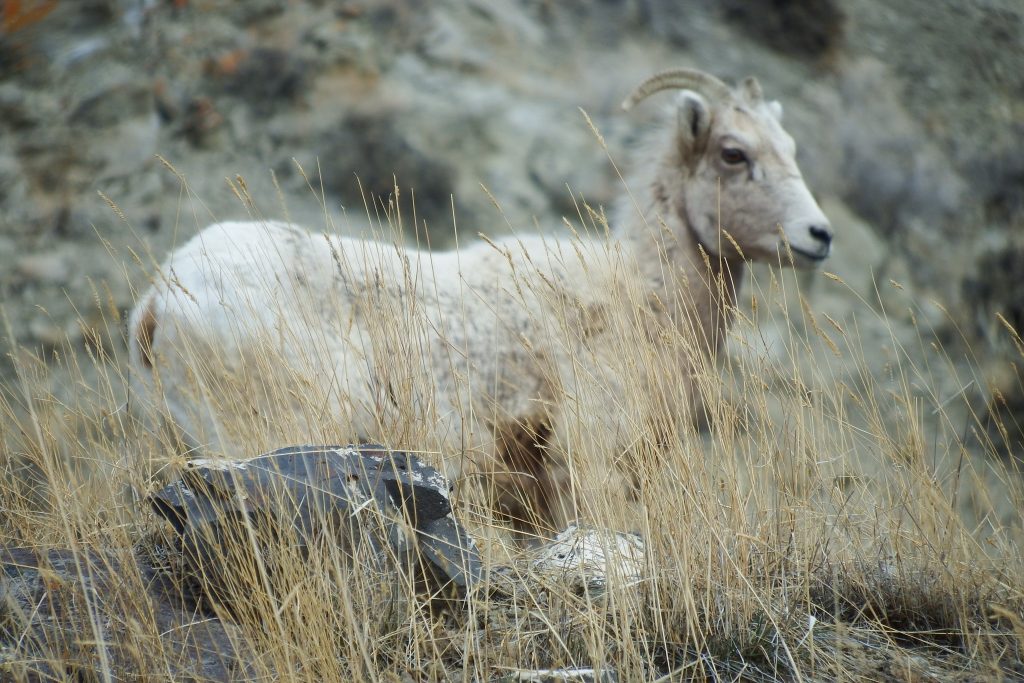 I’m currently enjoying a once-in-a-lifetime adventure — a wolf-watching tour in Yellowstone National Park! I’d planned to save up a week’s worth of thoughts and photos and compile them into several thoughtful blog posts. But the truth is that at the end of day one, I’m just too excited not to share! So, come along with me on this afternoon’s cruise along Yellowstone River on the northwest corner of the park. 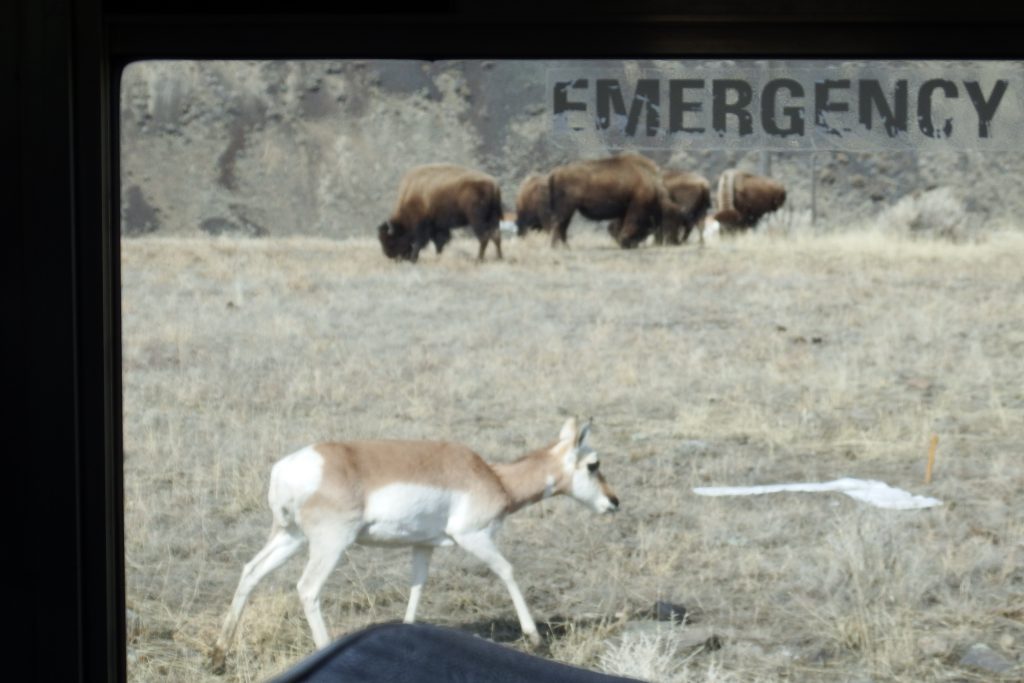 If you had to guess which of the two species in this subpar photo (taken through the bus window) is considered lunch by wolves, which would it be? Bison or pronghorn antelope? 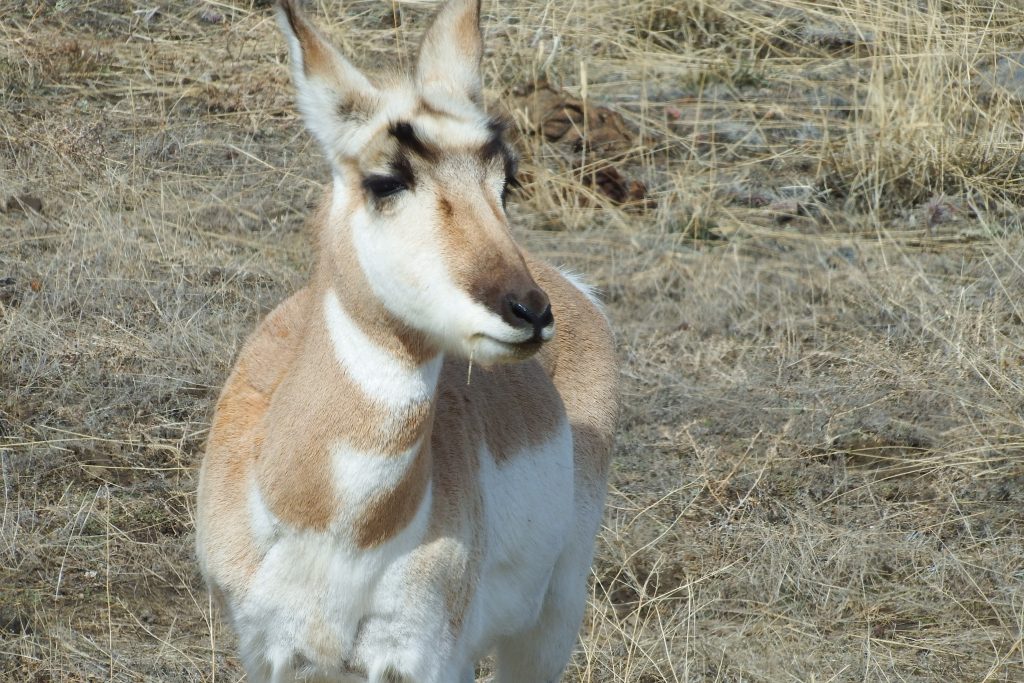 If you guessed the antelope, you were taken in by these ungulates’ mild appearance. Pronghorns co-evolved with a cheetah-like cat, and now that the ancient felines have bitten the dust nobody can outrun them. That’s right — pronghorn antelopes are too fast for wolves, capable of running up to 50 miles per hour and clocking in as North America’s fastest living land mammal. In contrast, wolves tend to top out in the high 30s mph. 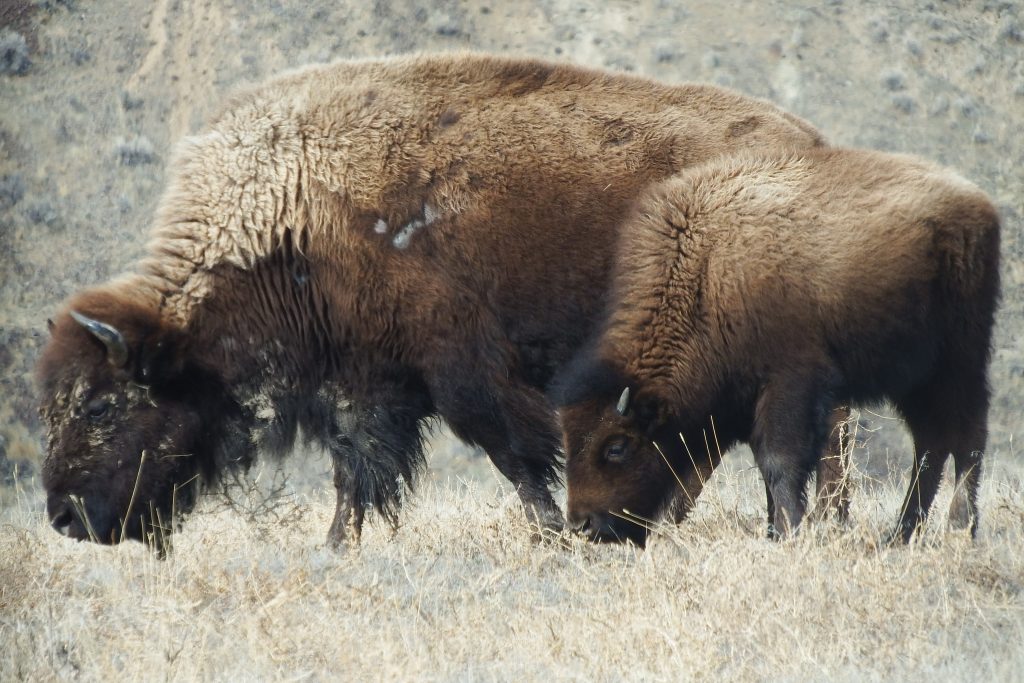 Bison, on the other hand, can be taken by wolves, especially if a pack can drive the lumbering beasts into dense snow. In fact, there have been sightings of single wolves taking down a bison, although it can be a multiple-hour-long battle. Sometimes it’s better to be fast than big. 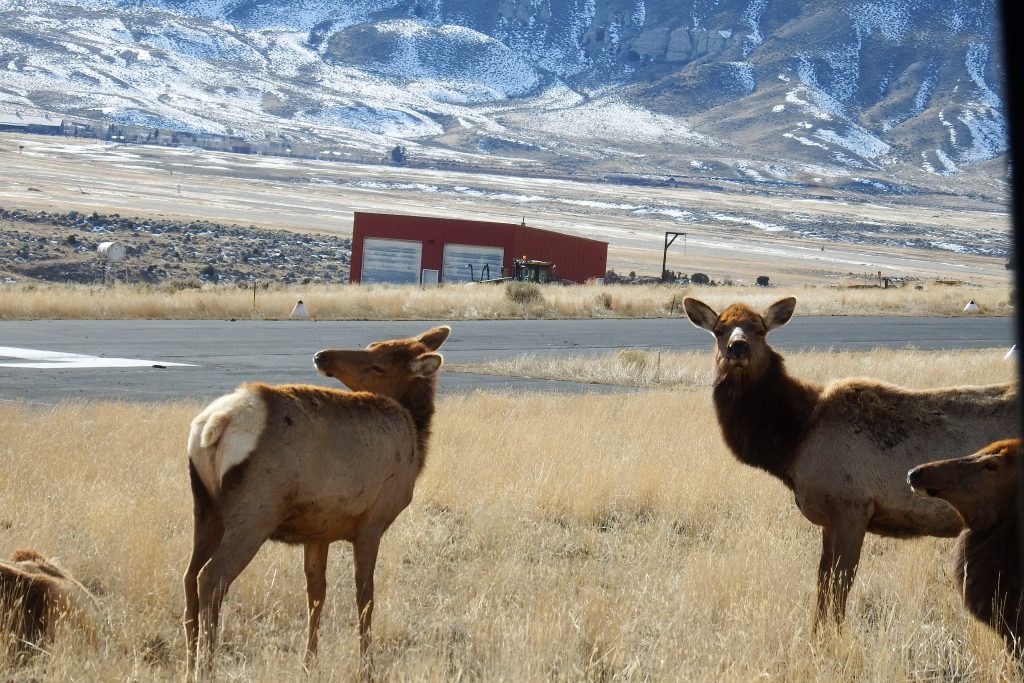 Of course, a wolf’s favorite food is neither of those species. Here in Yellowstone, a happy wolf is a wolf with access to elk. Given that there are only 80 to 100 wolves in Yellowstone at the moment but approximately 7,000 to 8,000 elk, the packs have a pretty good shot at finding dinner. 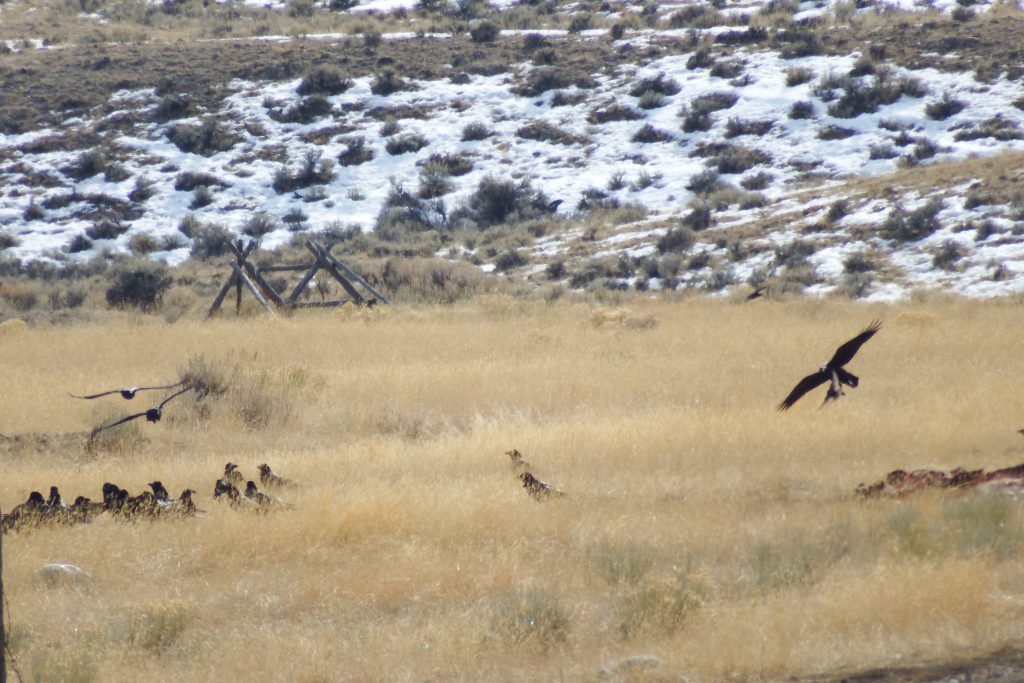 Or rather, breakfast. We arrived far too late in the day to get a chance at spotting wolves on day one, although we did see some of their frequent companions — ravens — nibbling on a human-killed bison carcass. Did you know that some scientists think ravens lead wolves to sick or dead animals, hoping for help ripping through tough hides so both can feast together? 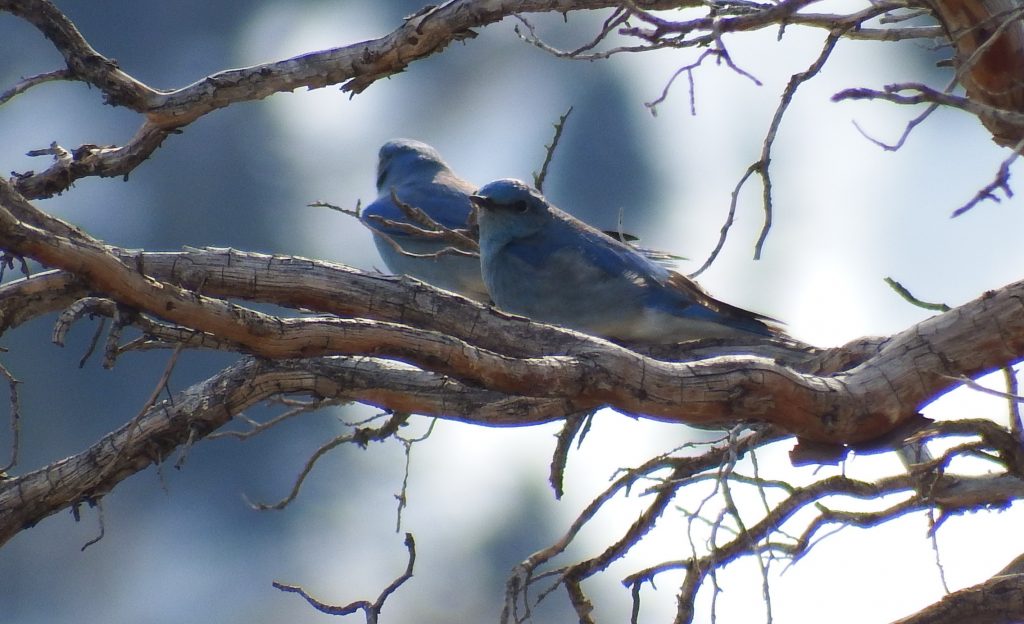 Tomorrow, I hope, there will be more beauty — like these Mountain Bluebirds — and also our first sighting of wolves. Fingers crossed!

Wanna chime in? I’d love to hear your comments on facebook!