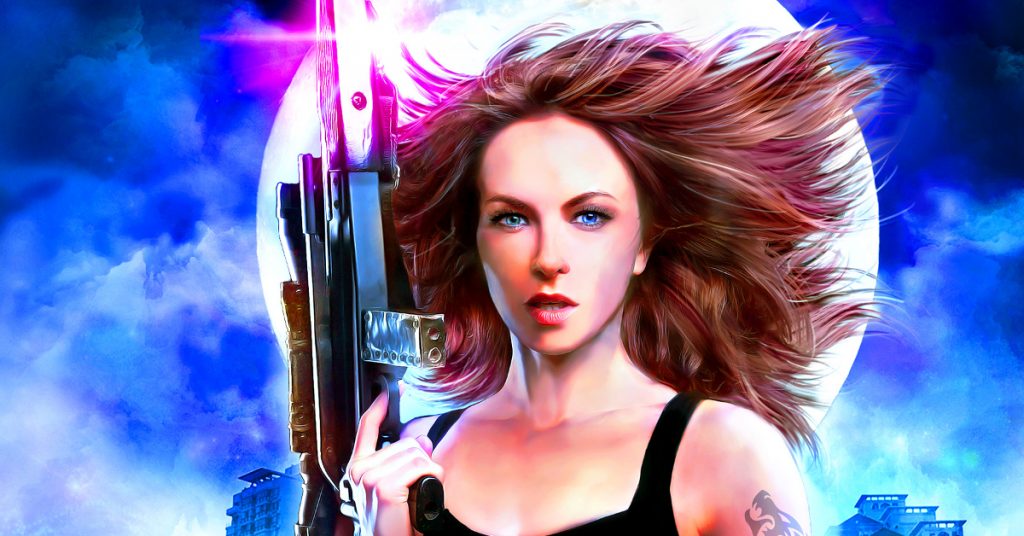 If you missed the first two chapters, please start here.

Unfortunately, our mate bond returned to its former state of noncompliance within the hour. I’d shifted back into human form as soon as we lost sight of the police barricade, but furless lips proved far less capable than lupine skin at bridging the chasm I’d recently created between myself and my mate.

“Can you tell me about Dakota? Is she a criminal, a loose cannon, or someone with full blessing of the shifter government?” Sebastien asked, his words more tentative than they had any right to be. Because he was my mate. He shouldn’t have had to nibble around the edges of these enigmas like a lone wolf seeking a hole in a clan’s defensive perimeter.

Still…. “I can’t,” I told him honestly, knowing even as I spoke that my companion would instead hear: “I won’t.”

The trouble was—the shifters hunting us would execute Sebastien if they thought he possessed even a fraction of the information I’d already let slip. Tonight, we were heading toward a safe house where we could rest and lick our wounds for the foreseeable future. But we could only hide out there for so long. Eventually, I’d need to reenter shifter society and Sebastien would go back to his ordinary life…at which point the professor’s remaining naivety might be the only armor protecting his tender human skin.

I couldn’t say any of that, though, without risking the precise ignorance I was trying to nurture. So we drove in silence for another endless hour, the sweetness of cake donuts gradually disappearing beneath the scent of my mate’s bitter frustration. And then, finally, Sebastien proved his tenacity by opening his mouth yet again.

“Ember, I know you’re tired,” the professor murmured even as he skillfully followed the GPS’s directions and turned onto the tree-lined driveway leading toward our final destination. “But sometime soon, we need to talk….”

Meanwhile, his hand drifted down to settle upon my bare knee, ruining any impulse I might have harbored to keep him safely at arm’s length. Warmth, contact, precious unity. When we were physically touching, I could almost believe that Sebastien and I might find a way to make this unconventional relationship work against all odds. Could almost believe that the professor’s lack of an inner wolf wasn’t an impassable hurdle too tall for me to overcome. Almost….

But then the SUV ground to a halt in front of a large white porch and my mate’s calloused fingers slipped aside so he could shift the vehicle into park. Reality asserted itself like a slap in the face and I peered down at my burner phone in an unlikely attempt to change the subject.

Not that I expected rescue from that direction. After all, Sebastien and I had ditched our own personal devices hours ago in an attempt to prevent both sets of pursuers from tracing us to our current lair. The only person I’d contacted using this replacement phone had been my father…

…Who, true to form, had performed the hazardous errand I’d requested of him with ruthless alacrity. “Dad found it,” I breathed, excitement revving up blood that had slowed to near hibernation levels as we approached a safe place to spend the night.

“Found your brother?” Sebastien demanded, interest in our previous line of discussion fading as he leaned forward to read over my shoulder.

“The key was under the egg compartment as expected,” Dad informed us. “Decoding Derek’s message now. More information to follow.”

Wolfie’s message was terse yet welcome. And, in response to the good news, the mate tether that had hung lax and ungainly between me and Sebastien only a moment earlier tightened up, relaying similar emotions emanating from the other end of the bond.

My mate was exhausted after spending more than twenty-four hours avoiding guns and bombs and dangerous enemies. He was understandably wary of the secrets I continued hugging to my chest like a miser. But Sebastien was also committed to finding and protecting my kid brother while keeping me close by his side.

So I hadn’t blown it after all.

Breathing easily for the first time in hours, I pushed open the car door even as the professor accepted our truce with equal willingness. He hefted our stolen rifle onto his shoulder and slipped out the opposite side of the SUV, mouth remaining blissfully shut in the process.

Sebastien was ready for anything and was willing to follow my lead even when lacking the explanations he so roundly deserved. Perhaps that meant I should trust him with information about our mate bond, if nothing else. After all, how could the Tribunal possibly expect me to keep secret a physical connection Sebastien and I already shared, one that impacted every step we took and every thought that filtered through our brains?

Later, I decided, acknowledging my own cowardice even as I succumbed to it. Then I led my mate out of the darkness and into the light, entering a building where the nation’s strongest werewolves forged deals and stabbed each other in the backs.

Our safe haven was, perhaps, not so entirely safe after all.

Don’t miss the rest of the story in Rogue Huntress!