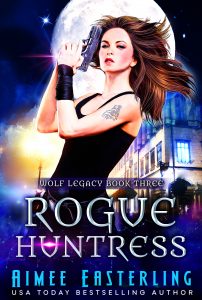 If you missed chapter 1, please start here. Otherwise, keep reading to see how Ember and Sebastien deal with their police roadblock….

But we were given little leeway to worry about that worst-case scenario. Because the vehicle three cars in front of us pulled away with a grind of unhappy gears, leaving the uniformed female free to leapfrog her compatriots and stalk toward our waiting SUV. “Driver’s license and registration,” she demanded, eyes narrowing as she took in Sebastien’s nearly imperceptible hesitation to obey.

So Sebastien was aware of our current danger despite the dulling effects of hours of driving combined with a severe deficit of sleep. I relaxed back onto my haunches even as my mate hastened to fumble through paperwork in the glove compartment, giving the officer no further reason to doubt his good intent. “It’s right here,” he murmured. “I just need a minute to get it out….”

Meanwhile, a wordless plan filtered from my companion down our mate bond so clearly it might as well have been a movie playing in my mind. Sebastien planned to charm the cop, to charm her then to sidetrack her with…donuts?

I glanced down at the floorboards between us where a half-empty box of pastries lay tucked nearly out of view. Sebastien must have stopped to load up on sugar as I dozed away the journey. And while I appreciated his selection—all chocolate all the way—I didn’t see how rings of fried dough were going to get us out of this roadblock without relinquishing more information than we cared to divulge. Only in cartoons could cops be lured away from the scene of a crime with a donut dangling from the end of a homemade fishing pole….

I couldn’t guess at Sebastien’s end game, but the first stages were clear in my mind. My lap, he murmured silently, actual words coming down the tether this time around. And I obeyed without question. Wriggling between the steering wheel and the professor’s rock-hard chest, I stretched upwards to lick sloppily at my human partner’s stubbled chin.

To my surprise, the cop’s professional mask broke into a girlish smile at the display. “She’s a handful, isn’t she?” the female asked as Sebastien pretended to wrestle me aside in an attempt to reach the wallet sticking halfway out of his back pocket. I expected the policewoman to succumb to impatience as the two of us engaged in a dance so intricately intertwined that it might as well have been choreographed. But instead, the woman merely added: “How old is she?”

“Old enough to know better,” my mate grumbled, his feigned embarrassment enough to force a real whine from my lupine lips. But while my animal half cringed at the counterfeit reproof, my rational human side was beginning to get an inkling of Sebastien’s plan at long last.

Because there was a hint of canine tang to the officer’s nearby clothing. She owned pets—a neutered male and a spayed female dog if I had to guess. Which meant….

“How about we just start with your name?” the policewoman prodded, pulling out the computer I’d hoped would somehow manage to slip from her fingers and shatter onto the pavement before she got ahold of our registration. Half of me thought that a cute and cuddly “dog” could perhaps be forgiven for lunging forward and prompting precisely that chain of events, but…

…Donut, the professor repeated for the second time that evening. And now I understood what Sebastien wanted with sublime clarity. His plan was not only brilliant, it was also tasty. Given that perfect combination of metaphorical and literal good taste, I gladly moved to oblige.

Down onto the floor mat went my two front paws, up into the air went the top of the cardboard box, sliding into my mouth went the first donut out of six. Yum, chocolaty goodness, I thought, barking out a yip of crumbs and excitement even as I swallowed the sweet concoction in one great gulp. Donut, my wolf agreed, her voice silent yet smug.

And as my psychology-professor mate had predicted, the female cop was far less sanguine about the encounter than I was. Losing track of words, job, and even that dratted computer, the female nearly fell through the window in an effort to snag a collar that wasn’t actually present around my furry throat.

“A dog can’t eat chocolate!” the cop roared as she landed half in and half out of the vehicle.

The struggle that ensued was as amusing as it was edifying. Sebastien twisted and turned so artfully that he managed to come up with no more than a handful of fur despite the fact I hadn’t moved out of his way quickly enough to prevent being caught. Then I was scampering in seamless synchrony, scarfing down donuts until a mere dog would have required the fast action of a vet.

With every bite on my part, the female cop’s eyes grew rounder and her efforts to halt my feasting increased in intensity. “We have to stop her! Now!” the woman gasped.

Her elbow came in contact with Sebastien’s jaw as she struggled to catch the tip of my tail. And pain ricocheted down the mate bond so severely I froze for a split second to ensure Sebastien hadn’t been seriously harmed.

Luckily, the accidental contact had produced only a glancing blow…which hadn’t, I now noticed, prevented my mate from assembling an impressive array of props to finish setting the scene for our deception. Insurance and registration papers lay face up on the dashboard while a driver’s license had slid halfway out of the open wallet on the professor’s left knee. Together, the lineup of documentation proved we weren’t breaking any laws…but at the same time, Sebastien had made it abundantly clear that typing our data into one of those portable computers wasn’t going to be worthy of anyone’s time and attention.

To ensure the law-enforcement officer got the message, Sebastien cleared his throat and looked the policewoman directly in the eyes. “I just need to start driving,” he explained breathlessly. “Ember knows to settle down once I get the SUV into gear….”

For my part, I continued to wreak as much havoc as possible. Tearing into the cardboard box the donuts had come in, I chewed up a piece that did taste significantly better than it looked due to the saturation of sweets and oil. So that’s why the average dog continued consuming wrappings after running out of the food inside….

And maybe it was the cardboard that did it. Whatever the reason, our ploy worked at last. “Go,” the lady cop told us, stepping backwards without another glance at papers that would have blown our cover wide open. She waved us onto the shoulder so we could bypass the pickup truck parked in front of us, then called out a final word of advice as we rolled away. “The vet on Third Street is open until seven….”

“Thank you!” Sebastien answered, reaching over to settle his warm hand atop my furry forehead. True to the image filtering down the bond toward me, I’d settled obediently into the passenger seat as soon as the vehicle slipped into gear. Now, I smeared the passenger window with my nose as I barked a farewell to the trio of watching cops.

And that’s how my mate and I circumvented a police roadblock armed with nothing more than a boxful of chocolate cake donuts. Our weapon of choice—and ability to work in tandem—were almost unbearably sweet.