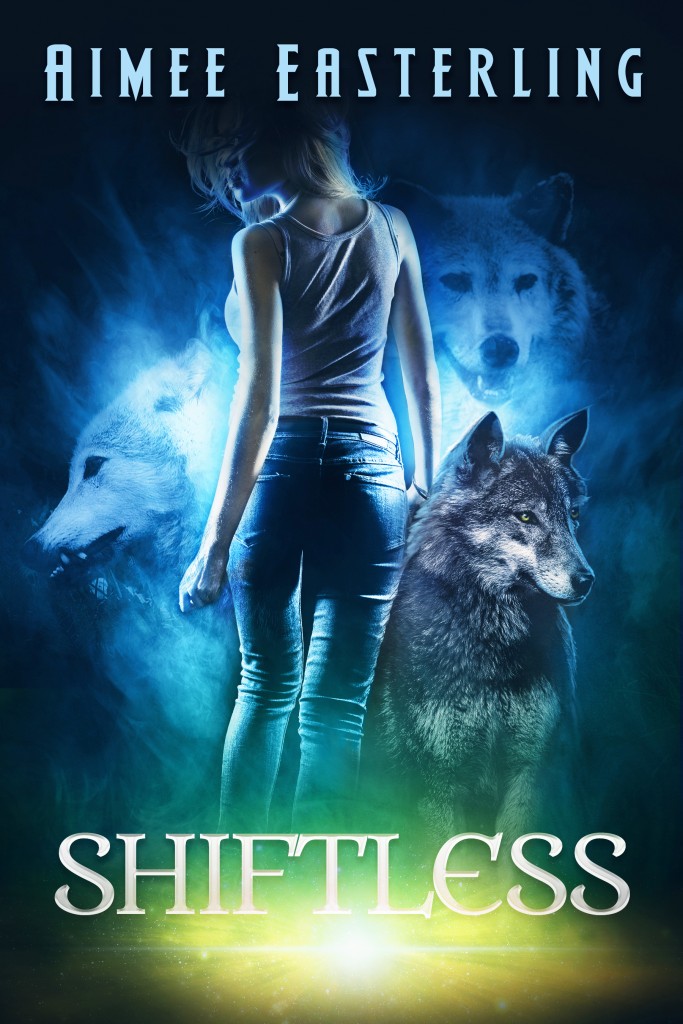 Author’s note: I wrote this interview to remind readers who everyone was since I dilly-dallied around between writing book one and book two. So please read Shiftless first if you don’t want any spoilers!

Me: I’m here today with the cast of Pack Princess. We thought you might need a bit of a reminder about who’s who before diving into book two of the Wolf Rampant series. Terra, do you want to start us off?

Terra Wilder: Okay, if you really want me to. I’m Terra, and I’m pack leader of clan Wilder at the moment. And, um, I guess I’m the heroine too.

Wolf Young: You are the heroine. [Takes Terra’s hand.] I’m her mate, Wolf Young, although everyone who knows me calls me Wolfie. I run my own pack of slightly damaged werewolves.

Justin Young: Slightly damaged—that’s a joke! Halfies, meat, and misfits is what you have in that so-called pack of yours.

Me: Do I need to separate you two? [Justin gets up and stalks to the other end of the room, taking his folding chair with him.] Ooookay, I guess I do. Anyway, that was Justin, who’s Wolfie’s sibling and the leader of the pack that both brothers grew up in. How about we move on to Cricket next?

Cricket Wilder: It was so kind of you to invite us all here today, Aimee. Do you want some tea?

Me: [Mumbling under my breath] It’s always the nice ones that I lose control of. [Raising my voice so I can speak to the whole room.] No tea for me, thanks, Cricket, but do you mind introducing yourself?

Cricket Wilder: How silly of me! I’m Terra’s stepmother, and this great big wolf by my side is my husband, Chief Wilder, Terra’s father. He used to be in charge of clan Wilder. Now he just…um…consults.

Unnamed Uncle Wilder #1: Consults! Ha! I don’t see why we can’t go back to the good old days when men were men and….

Hawk: What my brother-in-law is trying to say is that some of us aren’t so keen on our new alpha. But we don’t all feel that way. I’m another one of Terra’s uncles, but I’m her mother’s brother, which makes me a bit less…um….[throwing a glance in his brother-in-law’s direction, then lowering his voice]…never mind….

Bev: Well, I’m Hawk’s sister, and the young man looking all doe-eyed beside me is my son David.

Drew Walker: [Nudging his cousin sharply in the side.] Shut up, your mommy already introduced you. I’m Drew, Terra’s cousin. And you can see one of her other cousins, Milo, guarding the door. There are a slew of us running around…but I’m the best!

Wade: Right. So, that’s all of the Walkers that you’ll hear from for the moment, since we couldn’t cram any more of them into this room. I’m part of Wolfie’s pack, but I’ve been living here with Terra for a while to help keep things on more of an even keel during the transition of power. Wolfie calls me and my friends the yahoos. That includes [pointing to the next three shifters down the row] Glen, Blaze, and the delicate flower Fen.

Fen: Don’t make me hit you.

Me: Okay, see, this is supposed to be a cordial introduction, not a pitched battle. Sarah, how about you tell us who you are next?

Sarah: You know, I really don’t think I should tell you who I am. But you can call me Trouble if you want to.

Dr. Dale Baker: You’re not really as much trouble as you think you are, Sarah. But since I can tell that Aimee wants us to stay on track, I’ll introduce myself next. I’m Dale, Terra’s brother-in-law and the only human in the room….

Me: Thanks, Keith. Way to get rumors started. That was Dale’s son and Terra’s nephew, for those of you who are keeping track at home. And, since we’re running out of time, I’ll just name the other pack leaders present quickly and then let you go. The tall, older man is Thomas Bell, the youngster beside him is Gavin Griffin, and then Chad Walker is the third pack leader down the row. Beside Chad is his mate Camilla, who is also the daughter of the Reed pack leader and a distant cousin to Terra. And, on that note, I’ll let you get back to your regularly scheduled reading. Thanks for dropping by!

Keith: Oooh, I do! Unless they’re oatmeal. I hate oatmeal.

Wade: This would be a good time to fade to black….

Be sure to sign up for Shifter Secrets if you’d like more free stories delivered to your inbox!