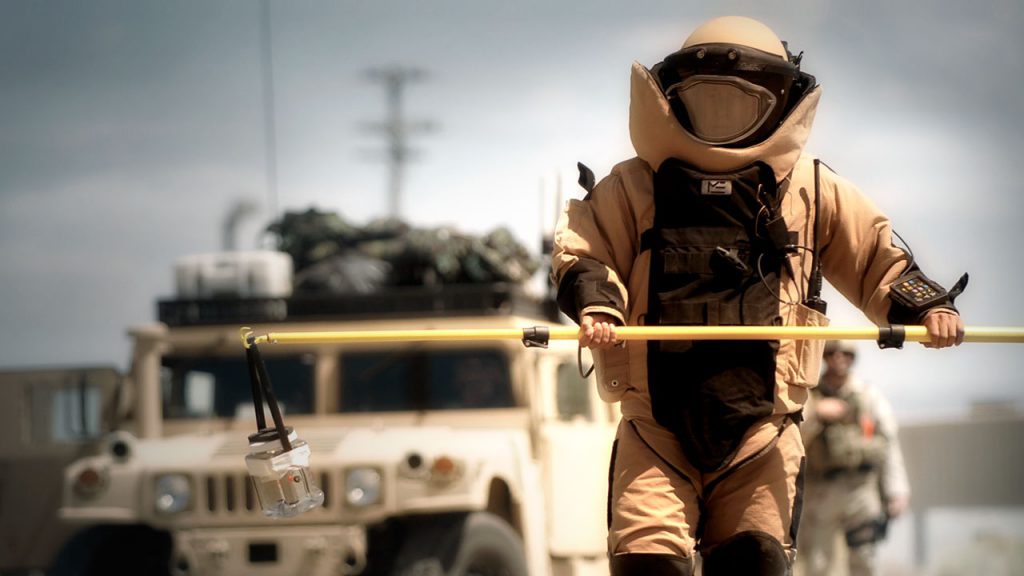 When I first started figuring out Hunter’s history from Dark Wolf Adrift, I knew I wanted him to have spent time in the U.S. military. I figured that was an easy way for an uber-alpha werewolf with pacifist tendencies to steer clear of the endless one-up-manship battles he would have been faced with in the shifter world. The only question remaining was — what kind of military guy should Hunter be?

My husband served two years of active duty in the Navy right out of high school, so I hit him up for suggestions. “Hunter’s smart and tough,” I told him. “But I’m sick of reading about SEALs. Which division is a better fit for an uber-alpha werewolf?”

“The EOD,” my husband instantly replied.

What’s the EOD? Here’s the Navy’s official take (to go with their official photo above):

They’re trained to disarm improvised explosive devices. Neutralize chemical threats. Even render safe nuclear weapons. Navy Explosive Ordnance (EOD) Technicians perform some of the most harrowing, dangerous work in order to keep others from harm’s way, and they do so in every environment. They’re so much more than the world’s ultimate bomb squad.

That sounded like a perfect job for an alpha protector like Hunter, so I snatched it right up.

Of course, then I was faced with the daunting task of making the tidbits of his job included in the novella believable. Enter the further wonders of the internet….

When I started tossing the story idea around on facebook, one of my reader buddies informed me that her son is an EOD tech…and that she was willing to twist his arm to read an advance copy of Dark Wolf Adrift in the interest of getting the facts right. To my delight, he took time out of his busy schedule to fix some of my errors, ending with the following note:

It works out well mating the ‘alpha-wolf’ with the alpha-male mentality of the EOD career field. We are definitely tight units and you show that really well.

(He chose to remain anonymous so his family wouldn’t be searchable on the internet. So, proud mom, don’t out him now!)

That’s the best review I think my novella could possibly get! Thanks so much to everyone who helped polish this story…and, yes, it will be available for buying or borrowing soon. Stay tuned!