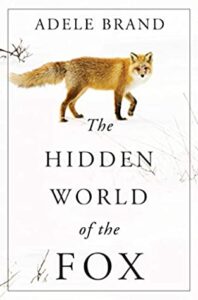 Adele Brand’s book is a lovingly written, easy to read, but far from exhaustive window into the red fox’s world. Most the text is about the European foxes the author has had personal experiences with (which she notes are considered by some to be a different species than the North American red fox). Here are some of my favorite takeaways:

I hadn’t realized that red foxes in Britain have been folded into not-so-wild areas, both living wild in cities and fed in backyards the way Americans feed birds. (A different source suggests urban foxes are evolving to be more doglike than their rural counterparts, which is an intriguing corollary). This actually matches up with my anecdotal survey of fox populations in the U.S. — I smell them regularly during my woodland hikes while very rarely seeing them, but a suburban friend says they’re pretty common where she lives.

How (other than smell) do you know foxes are present? My friend often hears them (probably most frequently in midwinter when they’re mating) and sees them as roadkill. And while we think of foxes as nocturnal, Brand notes that they’ve just learned to be leery of humans and move their activity to night when we’re around. All of that said, game cameras will dramatically increase your odds of seeing a fox. Set the camera up about a foot and a half off the ground, pointing up a game trail (rather than across). 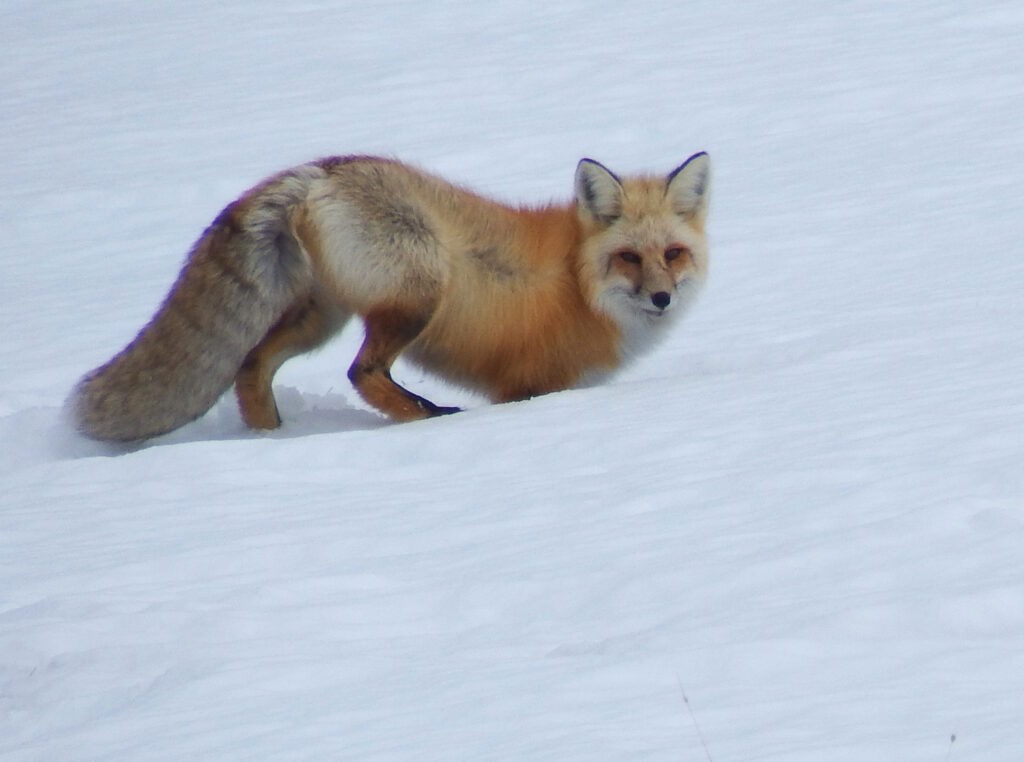 Brand goes on to explain that a fox requires “nine voles or one rat daily – or one double cheeseburger with fries.” A mother fox will need to add on two additional voles a day per cub. And since their stomachs are small, foxes can’t go long periods like wolves do between meals. Instead, they need to snack often, sometimes on earthworms or carrion (although rodents are their main prey).

The experienced viewer can tell male and female foxes apart by the shape of their faces. Vixens (females) have narrower faces while dogfoxes (males) have broader cheekbones that make their faces look W-shaped.

Brand writes: “Territories are really the construct of male foxes; a vixen, rather like a Victorian woman, holds property only as a proxy of her mate.” A fox territory is often home to a breeding pair, subordinate females who usually don’t breed, cubs from the previous year (usually female), and possibly a transient male or two. 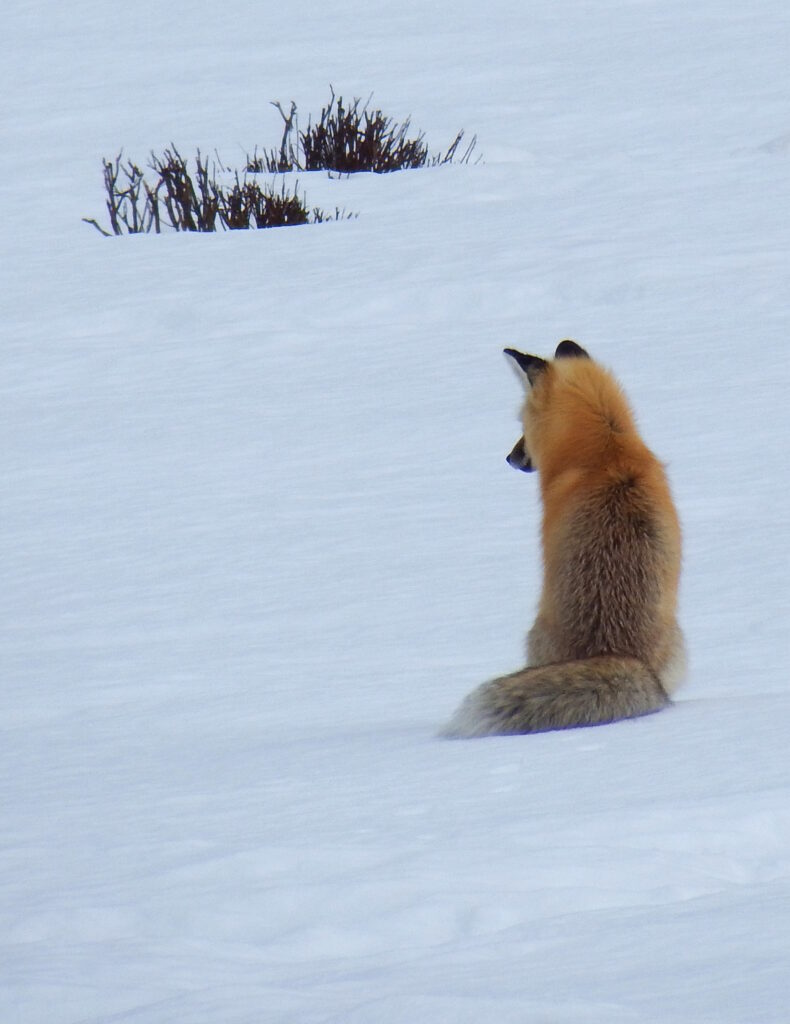 Finally, I’ll end with an absolutely crazy story Brand told about a German fox who “gathered shoes to a fantastically obsessive level. For over a year, steel-capped workmen’s boots, wellingtons, and slippers all vanished from doorsteps. When a forestry worker stumbled upon her den, an astonishing 86 shoes were stashed around it. Another 32 were found nearby in a quarry. The count of the town duly had laid them out in his palace for their owners to collect – and put out a gentle advisory to keep footwear indoors at night.”

Intrigued? There’s plenty more where that came from, but you’ll need to read the book for the rest. Alternatively, you can read my far-more-fantastical take on foxes in the city in the free book Wolf’s Bane.