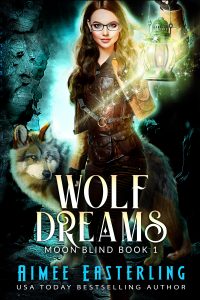 “From the stunning renditions of horses in French and Spanish caves…” I started, only to pause as words drifted toward me from the fifth row of the audience at my Friday morning lecture.

“…walked out of the Peace Summit,” one student murmured, provoking a rustle of interest from those sitting nearby.

“Well, could you really blame them?” asked a young man who’d never once bothered to answer an in-class question. “I mean, our President acted like a hoodlum. He punched the guy. In the nose.”

Of all the times for current events to pop the collegiate bubble, I would have preferred it not to happen right before final exams during my first semester in a tenure-track job. Of course, I couldn’t really blame the kids for their lack of attention. I’d been so shaken by the news this morning that I’d forgotten my meds for the first time in months.

Still, I was supposed to be the authority figure here. “Excuse me,” I said, pushing my glasses up on my nose then glaring into the cluster of chattering students. “As fascinating as political drama might be, this course is focused on the past, not the present.”

“Then you focus, Dr. Oblivia,” a third student countered. “We don’t care about caves on the last day of the semester.”

The earlier whispers had been a minor annoyance, but this was outright insubordination. No wonder my pet raven—Adena—squawked her ire from the far corner of the room. She spread her wings as if preparing to protect me and I raised one finger in warning, holding my breath until the raven’s ruffled feathers smoothed back down and her attention wandered toward the clouds outside.

Of course, the backtalking student took advantage of my distraction to continue with her tirade. “This is a class, not a wander through a museum. Tell us what’s going to be on the test.”

Patricia Owens—congressman’s kid and troublemaker from head to toe—was spiky with amusement. She had classic good looks combined with edgy modern style, and she used the combination like a duelist’s sword. Now, rather than fading beneath my scowl as any right-minded twenty-two-year-old should have, she raised her eyebrows and glowered back.

No wonder the monster inside me surged awake the moment our gazes made contact. Images of teeth and blood and submissive students flooded my interior landscape, and I clenched my fists to push back the horror.

Clearing my throat, I used words rather than releasing my inner monster. “Ms. Owens,” I started. “If your sole interest lies with the test, please pick up a copy of the handout by the door on your way out and leave the rest of us in peace.”

Then I clicked to the next slide in my PowerPoint presentation, trying to ignore the way my vision tunneled even as a hum buzzed angrily through my mind. Here it came—part two of the craziness. First the monster, then the trance.

Clutching the podium, I whispered a silent rebuke to my brain chemistry: Not now. The department chair was just waiting to catch a slip in classroom protocol so he could write me up.

In desperation, I shot a glance at the ringleader of all my teaching problems. If she was sitting, the monster would subside and the vision would fade along with it….

Patricia had risen so she could sling a messenger bag across one shoulder. And that did it. The monster grabbed me. I’ll make her sit, it started.

No, wait, I countered, terrified by the way my muscles bunched without permission.

Then the trance responded by slapping us both into submission. The monster subsided and I fell backwards into the silence and the dark.

Okay, so perhaps silence was a bit of an overstatement. Sunlight was obscured by overhanging earth and rock, so even the drip of distant water became as loud as a roaring school bus. My feet scraped against pebbles while my breath echoed in the enclosed chamber. And my hand moved without conscious volition to uncover a smoldering coal housed within a tallow-filled lamp.

Light emerged slowly as the body I inhabited fed moss into the minuscule fire. I was here, but not here. Present inside this woman, but unable to do anything other than watch her actions unfold.

The first time this had happened, I’d been terrified. A mere child, I’d thought myself transported into a nightmare and had spent the entire trance struggling to get back out again. Now, though, I was an adult obsessed with archaeology. I could do nothing to hasten my return to the modern world, so I relaxed and took in every wonderful vision as a many-thousand-year-old cave painting gradually flickered into life.

Red and black animals danced across the rock wall before me. Today it was horses, so many horses, with one big bison smack dab in the center. It looked similar to the French cave I’d visited on a research expedition one year earlier, but with different paintings covering the curved and irregular walls.

Even though I knew this experience was merely my imagination playing tricks on me, I began taking mental notes the way I always did. Perfect curves made the animals lifelike, overlapping legs gave the illusion of three dimensions….

Distantly, I knew that my living body would be catatonic and terrifying to my students back in the lecture hall. Distantly, I accepted the psychiatrists’ assessment that these visions were nothing more than a rehashing of materials I’d pored over and studied ever since becoming obsessed with archaeology as a kid.

I knew all this…yet I didn’t care what I was missing in the real world as I gazed greedily at images that both did and didn’t match current scientific knowledge. My hands were speckled with red ochre—the cave person’s favorite pigment. Words I didn’t understand tripped off the woman’s tongue. Then she sucked up a mouthful of paint in preparation for spitting it back out onto the rock face.

Meanwhile, her hand rose to clasp fingers around the eight-inch-long fang that had hung around her neck for as long as I’d been visiting. As always, this single jarring element pushed me out of the daydream. “Saber-tooth cats are from the Americas,” I protested. “This type of cave art was made in Europe.”

Only then did I realize I was speaking aloud, the cave flickering away as a bevy of worried students clustered around me. Meanwhile, tapping against my forehead, was the exact same tooth I’d worn a moment earlier, this time threaded onto a modern metal chain.

“Dr. Blackburn, are you alright?”

The name being spoken wasn’t mine, but I didn’t swivel to correct the speaker behind me. Instead, it was the silent man attached to the fang that snagged my attention and refused to let it go.

Unlike the body I’d recently inhabited, this tooth bearer was male instead of female. His features were craggy, his gaze so piercing it made me shiver despite the room’s sub-tropical heat. And was that a thin but very obvious scar completely encircling his neck?

Vaguely, I noted another stranger roughly the same age—early thirties—moving forward as if to assist me. This was the speaker, the one who was even now attempting to create a pocket of breathing space with me at its center. I appreciated the gesture and might have settled back into it if the chatter of surrounding students hadn’t spurred me into action.

“What happened? I wasn’t looking…”

Hospital visits never led in good directions. My father had lost faith in my ability to amount to anything after one memorable hospital visit. It wasn’t such a long shot to think the university might come to the same conclusion if my boss realized I popped three-times-a-day, maximum-dose anxiety meds to silence the voices in my head.

So I found my way to my feet and stepped away from the man who hovered above me. Then I raised my voice and regained control of the class.

“Nobody call 911,” I countered, forcing out a laugh that sounded like a mix between a pack-a-day smoker and the last gasp of an ailing hyena. “That embarrassing display of brain freeze was simply the result of low blood sugar. If you learn nothing else from my class, please write this down—always eat a complete breakfast before going to work.”

I think I actually saw someone recording my words of wisdom at the edge of the mob of students, so I didn’t blame the craggy-faced stranger for his snort. This was the most amusing part about being a professor. At my best, these students thought I was some combination of their mother and an all-knowing soothsayer. It was only when I assigned homework that certain students lost the rose-tinted glasses they usually perched on the bridge of their nose.

Right now, unfortunately, I was far from my best, and rose-tinted glasses were in short supply in the classroom. Which meant it was time to truncate the final lecture and send these students away with the handout I’d offered to the class’s least pleasant member a few moments before.

“It’s been a pleasure teaching all of you,” I lied. “Have a wonderful holiday. Grab a paper from the stack on your way out.”

I tensed, fully expecting some reaction to the bombshell waiting for them on those handouts. But I wasn’t prepared for the volume of Patricia’s shriek.

Neither, apparently, were the strangers in my classroom. Because even as Patricia bellowed her disapproval of the final exam changing into a five-page paper, the more ordinary of the two men yanked aside his suit jacket, hand landing on a pistol that gleamed dully from a holster beneath his armpit.