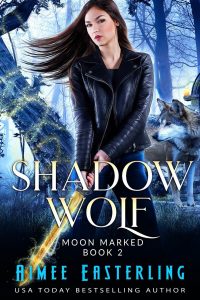 It was half past four in the morning, but I couldn’t close my eyes, let alone return to slumber. Not even after examining now-clean fingers and toes to reassure myself that the strange confrontation had only been a figment of my dreaming mind’s imagination.

Instead, I lay between soft sheets, listening to the silence of Gunner’s mansion. During the day, the halls filled with chatter and laughter. But in the wee hours of night, the place became positively peaceful with everyone sleeping.

Well, everyone except for me.

It wasn’t the first time I’d risen before dawn, unable to accept a wolf pack’s confining safety. So I pushed out of bed, pulled on clothes, and headed downstairs to the empty courtyard. There I drew upon my star ball and dueled against nobody, stretching muscles well toned from previously insomniacal bouts.

Fighting, at least, tired me enough so the questions and worries circling through my mind lowered their volume. Was I doing the right thing choosing momentary safety for Kira while going against every instinct toward self-preservation that our parents had taught? Slash, lunge. Would I come to regret accepting a so-called “job” that involved doing whatever I wanted while being paid more than I’d previously made as a teacher and cage-fighter combined? Riposte, retreat.

There were no more answers this morning than there had been last Tuesday or two weeks ago Wednesday or any other time I’d come out here to fight shadows rather than snuggle up in my bed like a good little wolf. Still, I couldn’t help smiling despite the sweat burning my eyeballs when the inevitable morning bickering rose with the sun, proving that my sister was now wide awake and much perkier than she’d been the day before.

“So you think it’s funny to let me fall into the toilet first thing in the morning?” Kira snarked from the east end of the first floor—the massive kitchen where everyone except me tended to congregate as soon as they got up.

“Come on, pipsqueak. Today’s the big day. Give me a break.”

Looked like my kid sister was back on task as self-appointed toilet monitor. And one of our house mates—Tank this time—had relieved himself in the night without remembering to re-lower that all-important white seat.

Kira grows more wolf-like and less fox-like every day, I noted, not sure how I felt about the matter. Foxes were reserved and elusive. But wolves, I’d found, expressed their affections best in the physical realm.

Sure enough, the crack of a snapping towel evoked a squeak from my sister even as another house mate, Crow this time, stated the obvious: “That’s our bathroom, puppy. You and Mai have your own on the third floor. So if you fell in, it’s your own da…ahem…darn fault.”

Logic, apparently, had no impact upon my sister. “I live in this entire house, not locked in the attic like a crazy auntie. For example, I spend a lot of time in the kitchen cooking. So if you want any of my bacon, you’ll start putting down the toilet seat everywhere.”

“Ooh, burn,” Allen murmured, far too quietly for the neighbors to hear him. My fox senses, on the other hand, caught the comment quite ably…along with a salty sweet scent that had me slowing my morning exercise into a cool down. Perhaps being part of a wolf pack wasn’t so terrible if it came with bacon at the exact moment my stomach started growling….

Except even as I started imagining breakfast, the hairs on the back of my neck prickled. My nostrils flared, my muscles tightened. There was something nearing, something watching….

Bacon abruptly forgotten, I whirled in reaction, raising my sword as I turned to face the stalking wolf.

Keep reading the next scene on my blog. Or dive straight into the full book on the retailer of your choice.