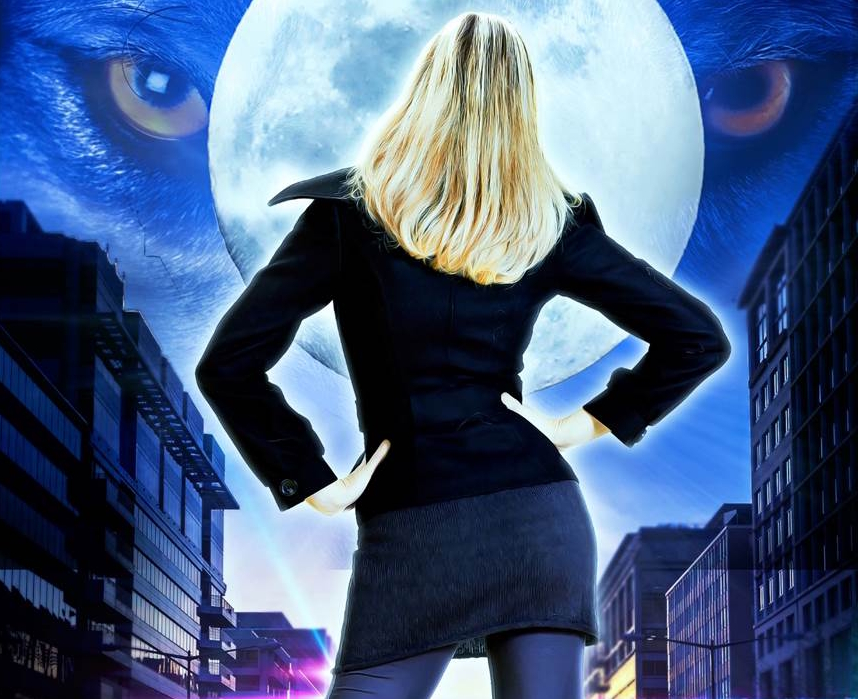 Having trouble waiting for Huntress Unleashed? I promise to regale you with the first few chapters next week. But in the interim, perhaps you’d like to learn a bit more about Sebastien?

Spoiler alert! This is set between books three and four, so probably best to read the first three books in the series first.

As a child, Sebastien had always thought of the word as a proper noun. Capitalized. Unique. Unalterable.

Now, as his slick new vehicle cruised down grungy city streets, he realized this wasn’t “The Neighborhood.” It was merely “a neighborhood.” A place where hundreds of children lived the exact same lives of squalid desperation he’d extricated himself from eleven years earlier. All it had taken was calling in a hard-earned debt and faking his own death to claw free of a chrysalis that had nearly strangled him alive.

Glancing sideways at the speaker, Sebastien couldn’t help smiling despite the dark thoughts catalyzed by this return to old stomping grounds. Before Ember had insinuated herself into his life, he’d never seen a reason to return to the pit of drugs, guns, and treachery that had spawned him. But his partner believed in family and heritage. She’d asked endless questions about the Neighborhood, had begged to be shown around his childhood home and introduced to his estranged mother.

Little did this sleek, well-brought-up woman know what a mother from the Neighborhood was really like.

“Yep. We’re here,” Sebastien answered, pulling up to the curb and securing the parking brake with more force than was absolutely necessary. It wasn’t as if he didn’t trust the transmission to keep his car in place. Nor did he think the boys lounging on the corner would go after his ride—not after he’d flashed a gun and a curled-lip glare upon arrival.

No, he’d simply yanked up on the handle and listened to the creak of protesting gears to remind himself of the past. This was where he’d lost his childhood. From ages 0 to 18, this was where Sebastien had been parked.

There was no lock to stop residents, visitors, or random strangers from walking up the dark stairs of the tenement building. Which wasn’t to say the path was entirely hazard-free. A crunch of plastic splintered beneath Sebastien’s heel on step three and his hand jerked away from the railing further up after coming in contact with a slick stream of liquid. He’d promised not to kid himself about the reality of his former habitation, but he still chose to believe the slime was merely air-conditioner condensation rather than bodily fluids related to the used condom kicked against one wall.

Meanwhile, his unsullied hand tightened around Ember’s fingers. It was too much to hope that his girlfriend would overlook these signs of hard living. After all, she was a werewolf possessing stronger than average eyes and nose.

But she didn’t comment as they neared the third floor. Just asked: “Did you live here when you were a pup?”

“This very place,” Sebastien answered, trying not to remember the past as he led the woman he hoped would be his future down a narrow hallway toward his mother’s door. And, strangely, good memories bubbled up out of his cortex while feet traversed worn carpet. How had he forgotten dozens of sunlit afternoons spent stacking blocks by the window with the Hailey twins, how much fun they’d had rolling found marbles down the stairs onto the heads of unsuspecting passersby?

Adult memory had focused only on the twins’ unsavory reason for being ejected from their mother’s apartment in the first place. But now Sebastien recalled his childish envy of the next-door matriarch, who was industriously prostituting herself for the sake of her family rather than thrusting her offspring onto the landing so she could nurse a hangover in silence. His young friends had never gone to bed with faces bruised and bellies grumbling. Their mother welcomed them home at the end of her irregular shifts with open arms.

Now, as Sebastien paused in front of number 46, he heard where that love had taken his compatriots. A groan, a murmur, a forced giggle that didn’t really ring true. The happy Hailey twins had chosen to continue the family tradition, two smart and kind women stuck here in the Neighborhood while children of their own likely angled toward the same trajectory within the next few years.

In contrast, his own mother’s hatefulness had been the impetus Sebastien needed to flee his birthplace with no more than a college scholarship and an uncertain future to fall back upon. So maybe, in the long run, he hadn’t been so unlucky in being raised by Linda. Perhaps he’d won the parental lottery after all.

“Here?” Ember asked, brows rising as she interrupted his analysis of destiny past. Shifter senses would magnify the tiny gasps and vague tang of sex emanating from the other side of the thin wall, and Sebastien could only guess at the result. Could guess that Ember would catch every murmur of feigned passion, would smell the sweat and semen oozing onto dirty sheets….

Cheeks heating, he pulled the best thing that had ever happened to him a little further down the hall. Number 44—the spot where internet research suggested his mother still lived.

“No, here,” he answered. Then, forcing his hand to rise before he lost the last of his courage, he pounded loudly on the door.

Even at twenty, his mother had been no beauty. Now, having crested the hill of forty and started coasting down the opposite side, Sebastien barely recognized his sole parent behind the wrinkles and bloodshot eyes.

She, apparently, didn’t recognize him at all.

“The sluts are next door,” Linda continued, apparently having missed Ember’s presence in the patch of darkness where the hall light had burned out. Why exactly had he thought it was a good idea to put on a new suit and polished shoes for this first meeting with his mother in over a decade? To don clothes no one in the Neighborhood would have been caught dead in…unless, of course, they were strangers literally caught dead in a darkened alley after losing both wallet and life to thieving teenage riffraff.

Oh, right. Because he’d harbored some childish illusion that Linda would welcome him with open arms and be proud of how far he’d come. That she might take his picture and slip it into her wallet or paste it onto the fridge.

Knowing the joke was on him, Sebastien barely managed to slip his foot into the crack before the door could slam shut in his face. “Just a minute,” he told her, wincing as he recalled using those exact same words many years earlier in previous bouts of dewy-eyed optimism. It was understandable that his kindergarten self had hoped his mother would be proud of his hand-print turkey or macaroni collage. Less understandable why he was once again waiting for a different reaction than he’d gotten two decades before.

“What?” Linda demanded, her slurred reaction exactly the same as it had been when he begged for her attention as a child. But she didn’t struggle to press the door the rest of the way closed when he failed to respond verbally. Instead, his mother paused and leaned in closer until the scent of cheap booze made Sebastien’s breath catch in protest.

“I’m so proud of you,” she could have said. “The clothes make the man.”

Only, the words that actually came out of her mouth were very different. “You can come in here if they’re busy next door.” And she rubbed up against his taller body with curves that still had the potential to sway a male libido…or would have, if the mark in question hadn’t been her son.

So that’s where I got it from. As Sebastien watched himself turn into a dollar sign in Linda’s eyes, he realized that his youthful ability to con soccer moms out of lunch money and sway teachers into failing to report unexcused absences had been a trait learned at his mother’s knee.

Was his adult job as a research psychologist merely Sebastien’s own way of carrying on the family tradition? Not so different from the Hailey twins after all….

If Linda had been lucid enough to understand the story, she might have found the comparison ironic. Or she might just pretend to find it ironic while bilking me of everything I own, Sebastien thought wryly as he pulled his foot out of the now wide-open door.

Coming here had been a mistake, and there was no reason to compound that error by stating his name and purpose. Sliding one arm around Ember’s shoulder to pull her in for a protective squeeze, Sebastien walked back down the hallway in the direction from which he’d come.

“Wrong door,” he called back without bothering to turn and watch the greed in his mother’s eyes fade into disappointment. “My mistake.”

“I’m sorry I asked,” Ember murmured as they reached the bottom of the stairwell. She’d been unaccountably silent ever since entering the Neighborhood, which Sebastien had initially taken for shock at surroundings that would have been anathema to someone raised in a nurturing werewolf pack. Only now did he realize that his soft-hearted girlfriend was beating herself up for suggesting such an ill-fated outing in the first place.

Little did Ember realize how freeing it was to relinquish a macaroni dream that never had a chance in hell of working out.

“I’m not sorry,” Sebastien countered, reaching forward to open the front door so Ember could precede him into the outdoors. And as she slipped into light and out of darkness, he realized that he’d been shockingly, abysmally wrong when he’d claimed that he had no family worth speaking of.

Because family was what you made of it. And if this pastry-baking werewolf held his hand, fought at his back, and laughed at his foibles, she was his family in every way that counted.

How could he have missed how wealthy he’d recently become?

Be the first to read Ember and Sebastien’s final adventure by preordering on any of the retailers below: