As a gardener and nature-lover, I’ve always been drawn to the cross-quarter days. These holidays are important in my Samhain Shifter series (and in the Celtic belief system that series is roughly based on), so I thought you might enjoy hearing more about them.

Less well-known than the solstices and equinoxes, the days halfway between often feel like the true start of each season. And this week marks one of those cross-quarters — Imbolc, aka Brigid’s Day, aka St. Brigid’s Day, aka Là Fhèill Brìghde, aka Groundhog’s Day!

Astronomically, the cross quarter falls on February 3 or 4, but it’s sometimes celebrated earlier. Brigid’s Day is generally listed as beginning at sunset on January 31 or sunset February 1, while  Groundhog’s Day (more on how that crazy holiday came about next) is on February 2.

I’m not a stickler, so I celebrate whenever the whim strikes me within the relevant week. 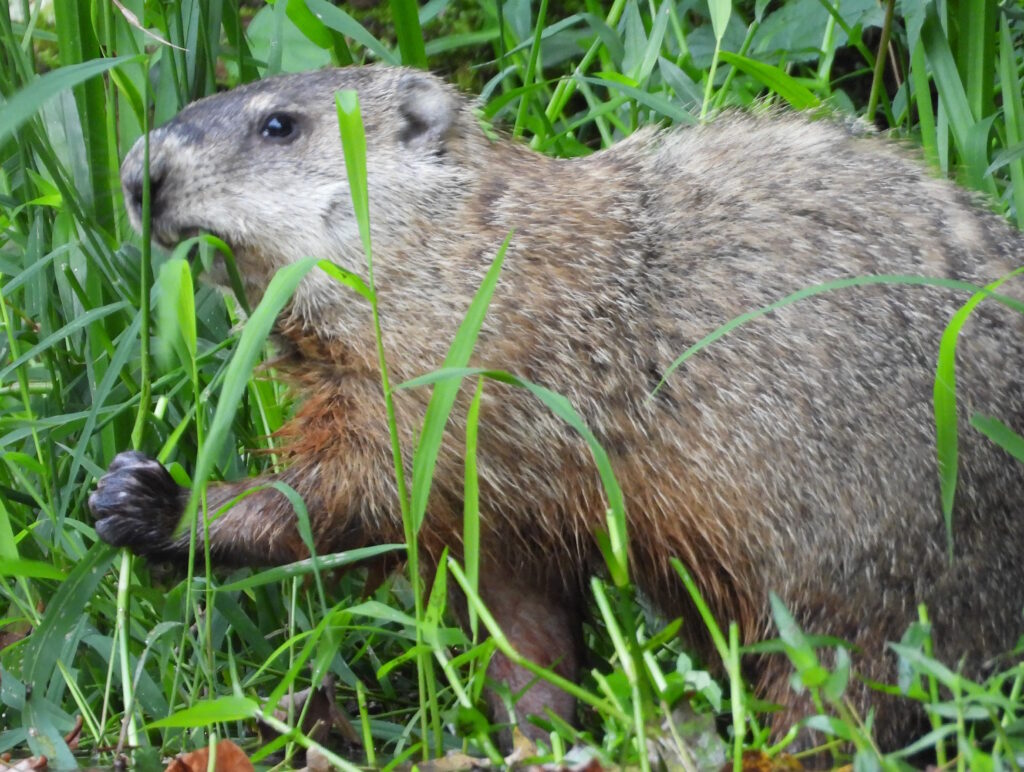 I’ll start with the part of the holiday Americans have probably heard the most about — forecasting the severity of the rest of winter. Twenty years ago, during a visit to Australia, I tried to explain that Americans “believe” (or want to believe) that a groundhog coming out of its burrow on February 2 foretells the future. The Australians thought I was a nut.

When I learned the Celtic origin of the belief, though, it made more sense. Cailleach is a goddess known as the Queen of Winter in Scottish folklore. Like us, she tends to run low on firewood around the beginning of February (oops!), on the day the Scottish call Là Fhèill Brìghde. So she heads out into the woods to collect more.

Unlike us, though, Cailleach both knows what the weather is going to be like for the rest of the winter and can change the current day’s conditions. So, if it’s going to be a hard late winter, she’ll make Imbolc bright and sunny to allow for plenty of firewood gathering. On the other hand, if winter is pretty much over, she’ll let the day be gray while she sleeps in.

Now, doesn’t that make more sense than a divinatory rodent? 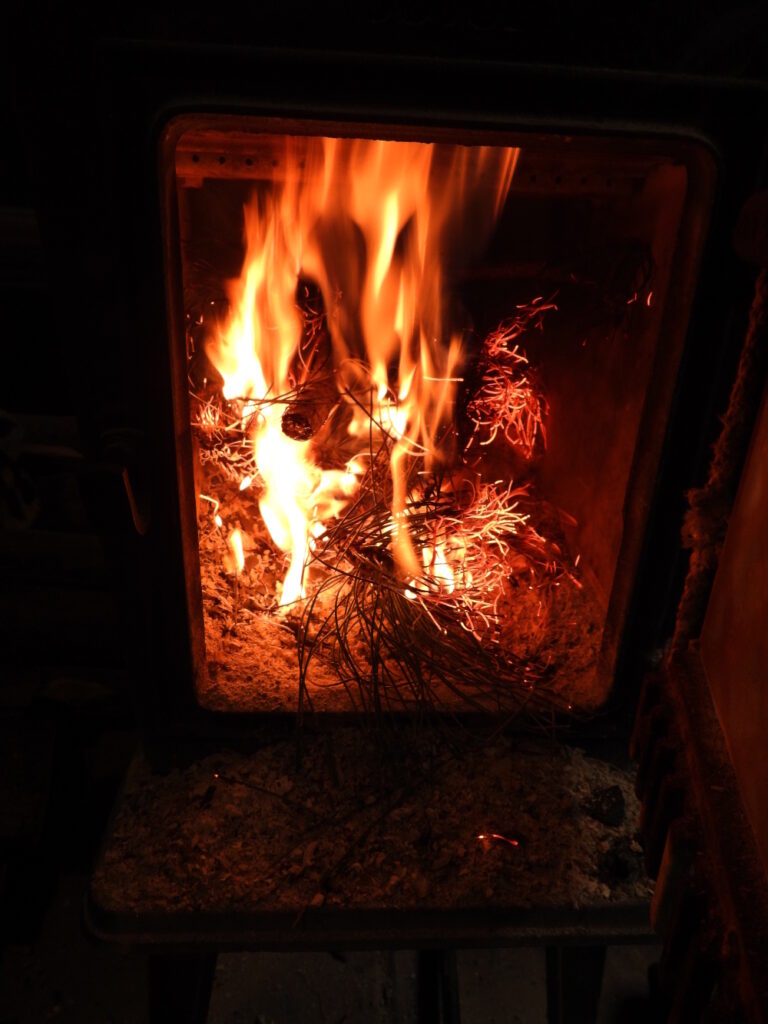 The goddess Brigid is Cailleach’s counterpart, associated with homes, livestock, milk, and the coming of spring. There are lots of ways to celebrate her return, but I chose a couple that particularly spoke to me.

Fire is an obvious choice for Imbolc since it symbolizes the return of sun and the coming of spring. My husband and I took down our mini Christmas tree to celebrate the turn of the seasons and stuffed it in our woodstove as a symbolic gesture.

If you plan to follow suit, be aware that conifers burn hot. We wouldn’t have put more than our one little limb in an indoor stove. I’ve seen folks throw full-size Christmas trees on outdoor bonfires though. Or, if you want to play it safe while keeping the same symbolism, how about burning a paper snowflake instead? 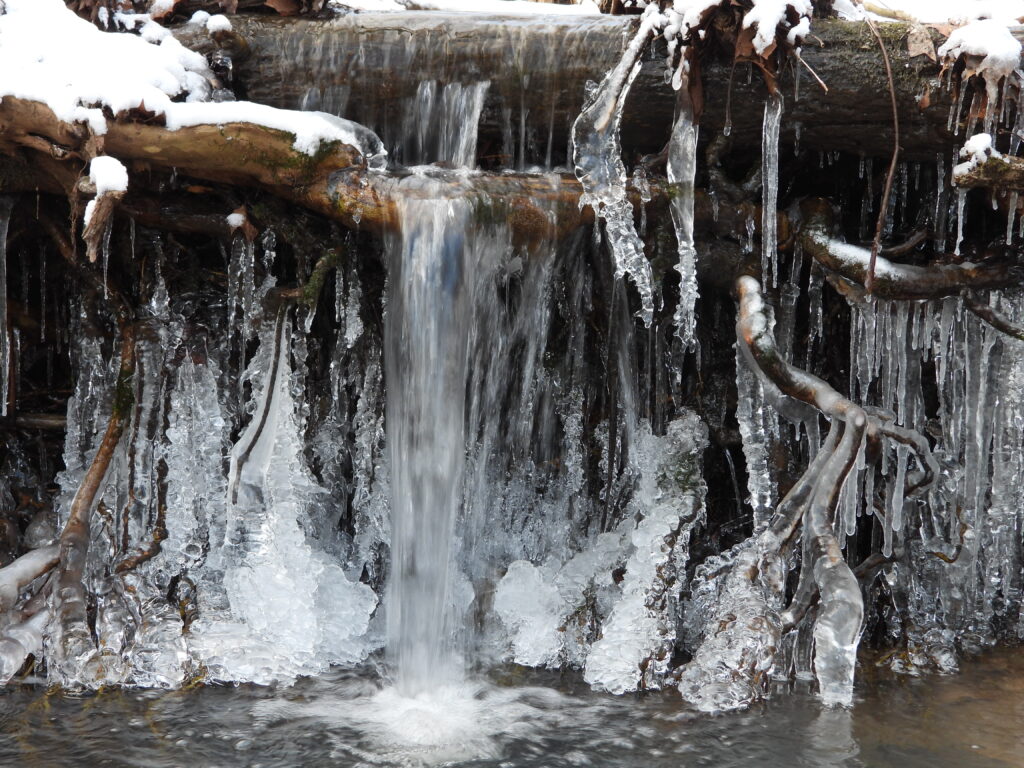 Another facet of Imbolc is the beginning of a new year. Ritual spring cleaning is one way to celebrate, but that sounded more like work than play to me. Instead, I’ll visit a holy well (which I translate broadly as any body of water that feels particularly powerful) and walk sunwise (clockwise) around it to celebrate the turn of the seasons.

How are you celebrating the cross-quarter? I hope you’ll click through to facebook below and let me know!

As a gardener and nature-lover, I’ve always been drawn to the cross-quarter days. These holidays are important in my…