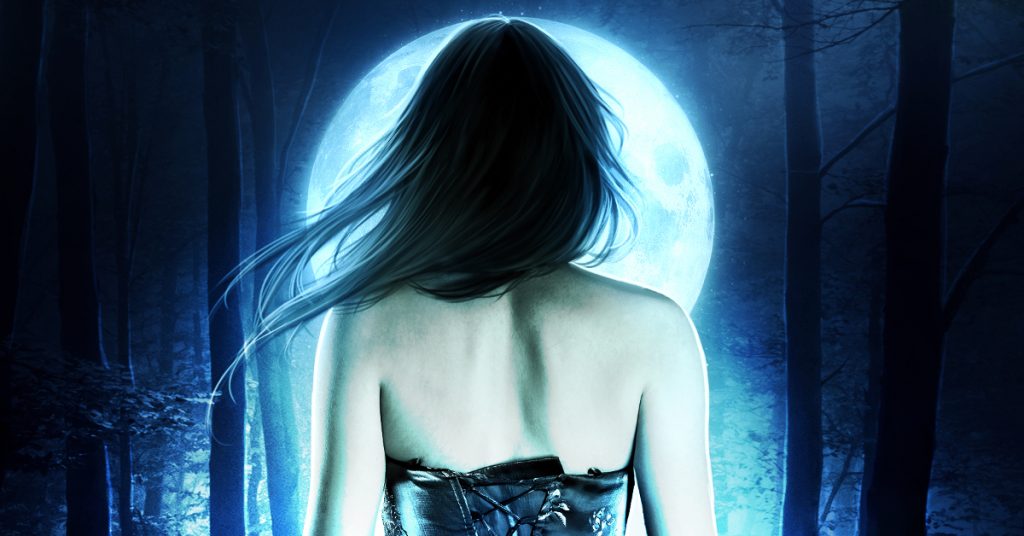 Finished with Chapter 2 Scene 1? See what Ethan has to say…

“No way in hell I’m coming home with you.”

“Language, Ethan,” the headmaster chastened. But the older man eyed me consideringly as he spoke, clearly not willing to relinquish his charge into the dubious care of a sister who aroused such ire in one of his students.

The current scene wasn’t at all the reception I’d expected. Sure, I had reservations about getting to know my kid brother again after eleven years spent apart. But I’d assumed Ethan would leap at the chance to return to Haven, whether or not he shared my insecurities about our problematic relationship.

What I hadn’t expected was a punk whose hair style and stance promised that he was tougher than anyone else in the room. Ethan probably would’ve been wearing a leather jacket if the school uniform code had allowed it, and I wasn’t entirely sure the full-arm tattoos were even legal for someone under the age of eighteen. When it came right down to it, my inner wolf was amused to see what our kid brother had turned into…but my human half was appalled.

Figuring out what had prompted Ethan to don such an extreme new image would have to wait though. For now, the issue was talking the troubled teenager into coming home so Cricket wouldn’t look at me and my empty car with that disappointed expression on her kindly face. I could stand up to a lot of things, but distressing my stepmother always did me in.

So I did my best to allay my brother’s concerns by explaining recent changes to our childhood home. “Haven isn’t the same as it once was,” I said, speaking carefully so as not to give away too much in front of the headmaster. But I could tell that my use of the pack home’s title had only made the older man wonder whether I lived in a cult compound and was dragging his student into a dangerous situation.

Which begged the question—why was the authority figure present at this meeting in the first place? Did Ethan expect me to simply command him to leave the way our father might have done? Was his headmaster here as a failsafe in case things went terribly wrong?

Actually, as I peered into the kid’s scared eyes, I figured that’s exactly what my relative must have predicted. So, despite my memories of Ethan as a bratty little despot, I forced myself to soften toward him. Averting my gaze, I gifted my brother with the werewolf gesture of relinquishing control.

Even though he possessed no inner beast of his own, Ethan had clearly spent enough time among shifters to fully understand what I was trying to say without words. Sure enough, when I glanced back in his direction, I saw the tension in his jaw ease as one eyebrow raised quizzically.

“Maybe we could take a walk and talk about it?” I said, the sentence rising at the end in an auditory question mark as I attempted to capitalize on Ethan’s loosening stance. “Our nephew Keith is waiting in the car with, um, Ember.”

No way I’d be able to explain my wolf-pup niece in front of this stern headmaster who had been adamant about a no-pets-on-campus policy. But I hoped the little bloodling would be able to work her magic on my brother and would prevent me from going home to my stepmother empty-handed.

“It’s your decision, of course,” I added. “But I’m hoping you’ll give me a chance to at least try to talk you into it.”

Ethan was silent for long enough that I was pretty sure he was rejecting my offer, and in the end he only spoke after the principal gave him a verbal nudge. “Well, Ethan, what do you say? Are you comfortable taking a walk with your…sister?”

The older man eyed me cautiously once again, and I wished that the alpha nature of my wolf hadn’t begun making nearby humans more wary around me in recent months. In response, I did my best to look small and insignificant—something I’d had no trouble with while my lupine half was sound asleep. But I could tell the astute educator wasn’t buying into my deception.

“I guess,” Ethan said at last. He jumped out of his seat and was out the door before I even had time to open my mouth, so I simply shot the headmaster an apologetic glance before following in the teenager’s footsteps.

Outside, the sun pounded down on a broad parking lot, barren save for half a dozen vehicles scattered across the expanse of pavement. Ethan had never seen my car before, but he was making a beeline in its direction nonetheless. My sibling should have lacked a werewolf nose, but I couldn’t see any other way for him to pick my vehicle out of the lineup since Keith and Ember were nowhere to be seen.

“Hey, Aunt Terra,” Keith said, derailing my line of thought as he popped up from behind a privet hedge with Ember dangling by the scruff of her neck in one hand. Before meeting our little bloodling pup, I would have chided my nephew for handling a young animal so roughly, but now I knew that an Ember in the hand was worth two in the bush. The kind of grip you had to use to ensure the pup’s continued proximity was largely irrelevant.

“That’s your Uncle Ethan,” I said briefly, continuing to speed walk after my half-brother. I really didn’t want to break into a run, but that kid had seriously long legs. Behind me, I could hear a clatter of footsteps as Keith vaulted the hedge and jogged along behind.

By the time I caught up to my delinquent sibling, Ethan was lounging on the hood of the car and pulling a pack of cigarettes out of his pocket. The sight was the last straw.

“No. Just no,” I snarled. I hadn’t meant to pull alpha dominance on Ethan at all, especially not after I saw how skittish he was in my presence. But no brother of mine was going to smoke, not if I could help it.

And, strangely, the flare-up of wolf behind my eyes was rewarded with the first true smile I’d seen from my sibling in over a decade. “Not keen on cancer, huh, sis?” he asked. But Ethan didn’t make a move to grab the cigarettes back out of my hands. Instead, he busied himself rolling up the arms of his shirt until the garment appeared to be sleeveless, bringing the fullness of his tattoos into plain view.

I paused, struck by the beauty of the design. The inked lines picked out wolves and people and trees, the figures intertwined into a seamless whole that struck me as both elegant and menacing. Ethan wasn’t just projecting a tough-guy image, I now realized. He really was tough to have sat for so many hours braving the tattoo-artist’s needles.

As I rearranged my impression of this sibling out of the punk-kid category and into the wounded-teenager camp, my brother looked fully into my eyes for the first time that day. He was obviously watching me size him up and waiting for my response, but before I could decide what to say, Keith had jumped in with both feet.

“Cool ink!” my nephew enthused, acting like a much younger kid in front of this second teenager who struck me as all man. The difference between a youngster raised within a simple human family and one raised by Crazy Wilder became even more apparent when my two relatives interacted, and my stomach clenched up in pain.

I should have done something to prevent Ethan from growing up too quickly, I thought, guilt clouding my inner dialogue.

We both should have, my wolf countered. But since there’s no way to change the past, we’ll just protect our brother now.

I agreed wholeheartedly with her optimistic attitude, but I had a sinking feeling that Ethan wouldn’t let us into his life to act as his protectors. Not after we’d ignored him for over a decade, forcing the teenager to turn into a man he shouldn’t yet be. In fact, after perusing his tattoos and staring into his eyes, I would guess that our chances of talking my brother into returning to Haven today were midway between slim and none.

But I wasn’t counting on the super-glue quality of our bloodling wolf pup. The spoiled beast was accustomed to being greeted with open arms by friends and strangers alike, and I suspected she could smell Ethan’s similarity to my own scent even easier than I could. Which must have made being ignored by this newcomer particularly exasperating for our little wolfling despot.

So, while Keith was busy turning his uncle’s arms over to get a closer look at his tats, Ember took advantage of her jailer’s lax grip. She pushed out of Keith’s grasp before the kid had time to realize what was happening, then she leapt straight for my brother, grabbing onto his arm with what I knew were needle-sharp fangs.

The wolfling wasn’t trying to harm Ethan, of course. No, our little Ember was just attempting to get purchase in arms that stubbornly refused to hold her up the way they obviously ought to.

Still, I thoroughly expected my brother to fling the puppy aside in surprise and anger. After all, who likes to be bitten at first introduction? Ethan certainly didn’t appear to have a soft side interested in the well-being of a spoiled little wolf pup.

But, instead, my brother’s tattooed arms came reflexively together to cradle the ornery wolfling, and the barest hint of a smile curled up the corners of his lips. And when Ethan met my eyes a second time, I smiled in return, knowing that Ember had once again worked her magic. The pup had convinced my brother to let us take him home.

Good job, wolfling, I thought. Bedtime tonight would once again be fully negotiable and she’d be welcome to the choicest tidbits off my plate. Maybe I even needed to get my adopted daughter a pony.

Want more of the final installment in the Wolf Rampant Trilogy? Click here to find Alpha Ascendant on your favorite retailer.

Still unsure? Here’s what reviewers have to say:

“The best book in the series”

“Heart-pounding suspense, true love and affection (no graphic sex), family conflicts, … just about everything you could ask for”

“I read this in a single night”