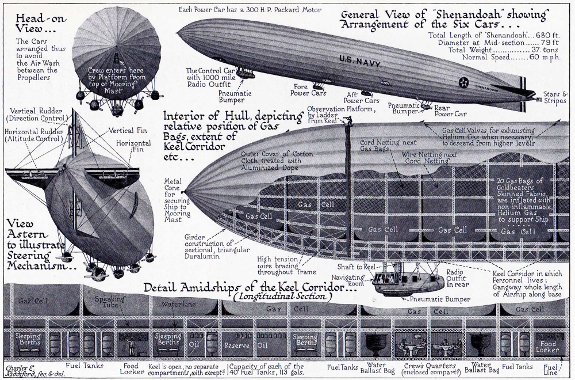 As you might expect, overland travel is difficult in a post-apocalyptic world in which plants like nothing more than eating pesky people alive. Dragons have no problem winging where they will. But the common Joe had to find another solution. Some turned to river travel while others built…airships!

In the first novel in the series, Verdant Magic, one particular airship features prominently. The Intrepid is based loosely on the USS Los Angeles (ZR-3), but I’ve detached the gondola and added some fancy/fantasy technology so it looks a bit more like the Shenandoah pictured above. 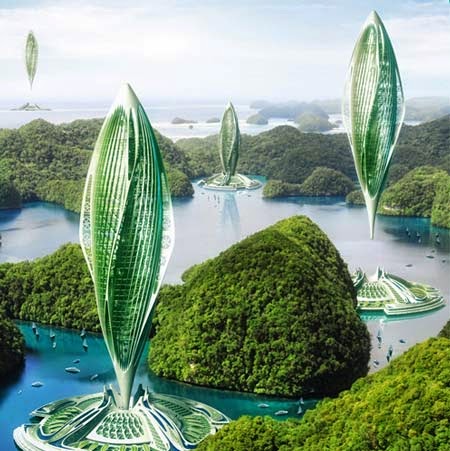 The hydrogen balloon is 400 feet long and 60 feet in diameter, with Chlamydomonas reinhardtii algae topping up the gas as needed. (The image above is a modern architect’s rendition of how these algae could be used to power an aerial city.) The algae give the rigid skin of the Intrepid a greenish cast — far more fun than the flammable paint of the Hindenburg that (some scientists now theorize) collected electrical charges out of the stormy air and resulted in that spectacular meltdown.

Modern technology can be a bit hard to come by in the world of my Dragon Mage Chronicles, but my airship captain managed to dig up fuel cells and electric motors to power the ship efficiently. Top speeds are a bit higher than the 82 miles per hour the USS Los Angeles traveled, with 12 crew members necessary to keep the ship operational.

(A huge thank you to my homesteading blog readers who helped me build the Intrepid from scratch. Any mistakes that remain…aren’t mistakes! This is fantasy! It’s not a bug, it’s a feature!)