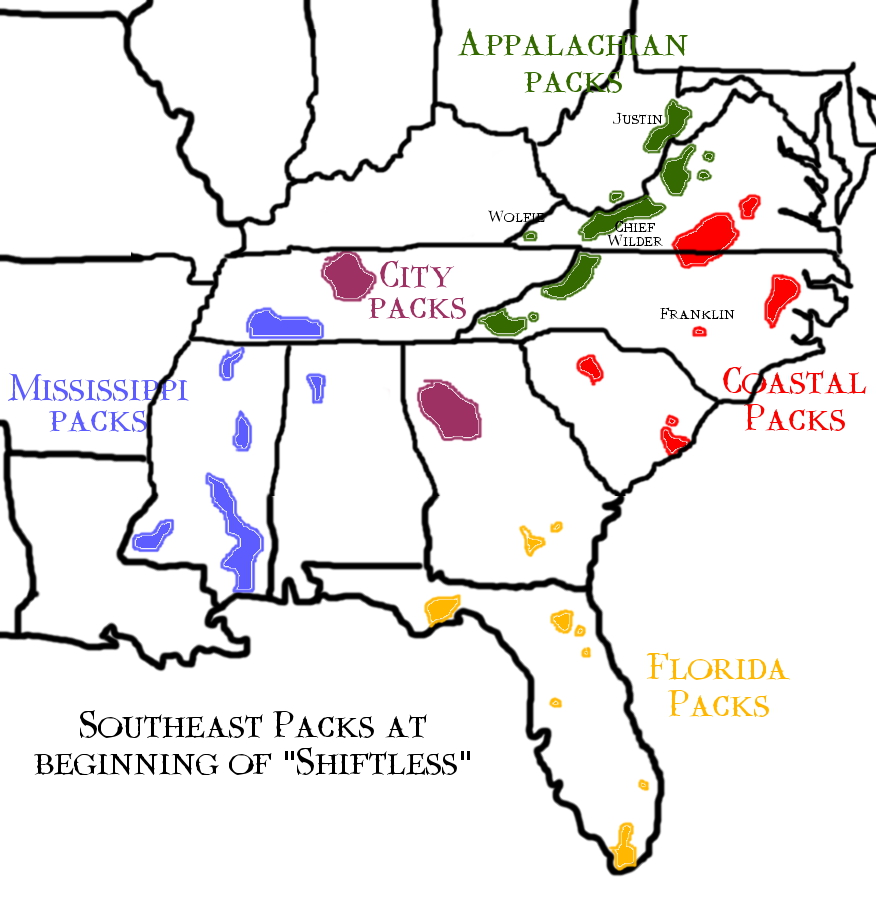 Those of you who enjoyed the Tribunal in the Wolf Rampant series will be glad to hear the shifter governing body is making a reappearance in Lone Wolf Dawn.

I’m not going to include any spoilers in this post, but you may recall that the Wolf Rampant series all involved members of the Appalachian Packs. The Tribunal covers not only those packs, but also four other subgroups scattered across the southeast: the independent-minded Florida Packs, the urban City Packs, the family-based Mississippi Packs, and the hidebound Coastal Packs. Here’s hoping Fen doesn’t get into too much trouble as she wanders through the territories of the latter….