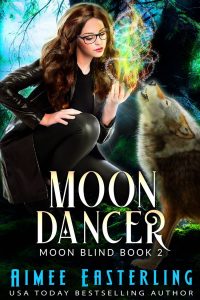 The wolf had drunk with wild abandon. But she was a predator. Even while reveling in cow blood, she hadn’t closed her eyes.

So I was privy to the reactions of the audience. Surprise. Disgust. Bewilderment.

The cluster of archaeology faculty two rows back vibrated with consternation. This open-to-the-public lecture was meant to draw new students into our department. My actions would surely drive our existing students away to biology or math.

The Archaeology Club was more forgiving. My former-student-turned-teaching-assistant Patricia cocked her head as if waiting for the punchline. She whispered something to the blond freshman beside her. A cascade of nods fluttered down the line, ending with a pencil-stick drumbeat from the pimply boy on the end.

Between the two extremes, audience members I was unfamiliar with exuded pheromones that tantalized my wolf-assisted senses. Confusion. Excitement. The slick sweetness of fear.

I swallowed hard. Or rather, my wolf swallowed. We licked blood off our lips, raised our hand to wipe our chin, then sucked on our fingertips.

We didn’t try to erase the streak of red across the top of our formerly pristine blouse. There was nothing to be done about that so it was better ignored.

Instead, we turned to face the audience member I’d been avoiding, the only person my wolf was interested in. Claw.

He perched at the edge of a seat at the rear of the lecture hall, flanked by familiar werewolves. The others were overlookable, but Claw was tall, broad, glowering.

No wonder my wolf advanced a single step in his direction. Our joint body vibrated with interest. She acted for all the world as if—three months after Changing—we were still very much caught in the fickle attraction of the moon blind.

If so, moon blindness had its advantages. My animal half was so intent upon Claw that she forgot to fight me for control of our shared body. She didn’t notice when I grabbed her tail with intangible fingers and yanked.

I struggled not to gag as furry feet slid down my gullet and into my stomach. My eyes bulged as her claws scraped against the underside of my skin.

But now I was in charge and she wasn’t. Time to salvage the lecture.

“Blood,” I repeated, this time speaking my own mind rather than responding to the wolf’s yearning. “Blood was one of the binders added to rock powders to help colors adhere to cave walls.”

I plugged the HDMI cable into the side of my laptop, hit a button, then relaxed as prehistoric art glowed into life on the screen behind me.

“Blood-red ochre was used ceremonially for tens of thousands of years across several continents. Also known as iron oxide, the pigment was painted onto cave walls, used in ceremonial burials, and streaked across bodies, weapons, and animal skins.”

I dipped my fingers into the blood puddling in the indentation atop my collarbone, used the drying liquid to streak quick lines across my brow and cheekbones.

Now the cascade of red around me wasn’t horrifying; it was intentional. Was this how the first shamanism had started—klutziness saved from ignominy with a little stagecraft?

Warm air swirled around my nostrils. The audience was relaxing. As my faux pas faded, I segued straight into Patricia’s promised punchline.

“For hunters, blood was instantly familiar,” I continued. “Drop a caveman in this lecture hall and he’d know I merely spilled my morning tomato juice.”