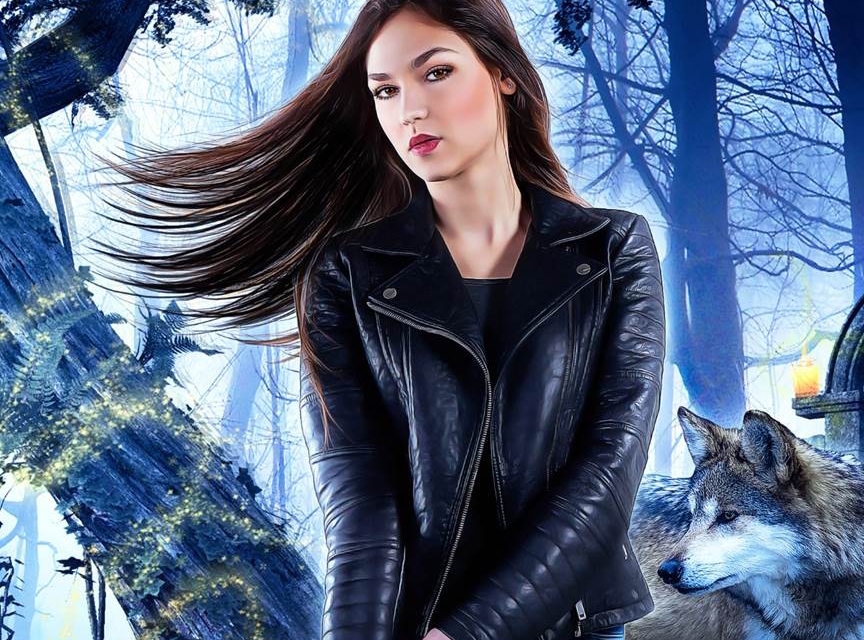 Or, rather, to face the two-legged wolf in human clothing. Gunner raised one eyebrow at the pointy blade just barely indenting the skin beneath his Adam’s apple. Then, ignoring my weapon, he held out a mug of chamomile tea, the sweetness of honey curling off the surface as the leader of the wolf pack I lived amidst greeted me aloud.

I shook my head, not so much in denial as in a refusal to rehash my dream landscape verbally. And in response, Gunner’s open face shuttered ever so slightly as if he was more disappointed by my evasion than at being greeted by the sharp tip of a sword.

But just as quickly, Gunner regained his customary smile, jiggling the mug between us so the ceramic clanked against my magically-created weapon. “We should do something fun before Kira’s custody hearing,” the ever-patient werewolf suggested. “Go for a run somewhere wild before we’re due in court. Or…shopping? Does Kira like shopping?”

“My sister loves nothing better than spending other people’s money,” I admitted, allowing my sword to diffuse back into a magical blob that slid along my skin to form a bracelet, a belt, a sheathed knife at my left ankle. In front of me, Gunner didn’t even twitch at this evidence of my kitsune nature. “But we shouldn’t spoil her,” I added. “And, anyway, I’ve got other plans.”

This time I accepted the mug my companion brandished in my direction, pretending that I needed all of my attention to prevent a spill. Taking a sip, I noted that Gunner had steeped the tea just the way I liked it, not so long it turned bitter but not so short that it was simply sweetened water with a hint of aroma to turn hot liquid into soothing tea water.

The flavor was perfect…but my gut clenched anyway. Because it was time for our inevitable weekly ritual. No one managed to slip away from the pack without extensive explanation, but I couldn’t afford to let any of the werewolves I lived with know where I went on Tuesday afternoons. In lieu of the truth, I always ended up stuttering through an entirely unbelievable explanation, and the wolves around me always smiled grimly and allowed me to lie.

As usual, my body language broadcast my mistruth before I even opened my mouth to speak it. “Girl stuff,” I said stiffly, turning away from the piercing eyes of the far too astute werewolf who was providing food, housing, protection, and now the likelihood of ripping Kira out of the foster system permanently.

Gunner had done everything he could think of to enfold me into his pack…and yet I remained at heart a solitary kitsune.

“It might take a while,” I continued. “So I’ll meet you and Kira at the courthouse. If you don’t mind bringing her there for me….”

The unspoken addendum—that I lacked that distinction due to actions just like this one—separated us more effectively than my now-absent weapon.

But there was nothing I could do about the sad sag to my companion’s shoulders. Nothing except the impossible—turn myself into a wolf.

So, stepping backwards, I nodded once. “Thank you,” I murmured, eyes downcast in wordless apology, “for the tea.”

Want to continue the adventure? Pick up Shadow Wolf on the retailer of your choice.