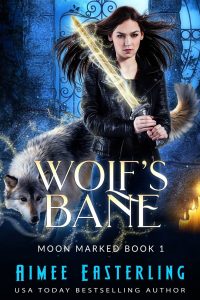 Ma Scrubbs glowered at me across a table littered with dollar bills and scraps of hastily scrawled wagers. To the uninitiated, the mess looked like, well, a mess. But my second-shift supervisor memorized each offering, constantly recalculated the odds, and ensured the finances fell forever in her favor.

Not so difficult when she had a fighter like me in her back pocket.

Which, tonight, she most definitely did not. “I’m not doing it, Ma,” I responded, slamming the door of my employer’s office to block out the crowd so I could transition from Disney princess into hardened warrior and feel like myself once again. Only after stuffing both arms into the leather jacket waiting for me on the back of the door then buttoning the armor up to my chin did my heart calm sufficiently for me to fall into the empty seat waiting on the other side of Ma’s desk.

“Cool it with the tantrums, girlie. And I’m not your mother. So don’t call me ‘Ma.’” As she spoke, the older woman’s brows scrunched together into a glower that I was far too familiar with. Because, no, Ma Scrubbs wasn’t my mother. But she’d let me play in her office dozens of times while my father fought, had offered me his vacated spot when I struggled to keep my tiny family afloat after being orphaned at age eighteen, and was the closest thing to a parental figure I had left.

So I obeyed her command and elaborated as best I could without mentioning supernatural elements that Ma Scrubbs may or may not have picked up on by now. “I can’t win against those two,” I explained. “It’s just not possible. Pick someone else for the first fight then I’ll go in for round two.”

Ma Scrubbs considered me from the far side of the desktop, her head barely visible above the cluttered surface. If I was small, she was wizened, face so wrinkled it was impossible to guess what the seventy-year-old might have looked like when she was young. After a moment of consideration, she shrugged, pulling a battered notebook out of one pocket. “Go home then,” she told me. “I’ll call the Raven sisters in to fight.”

“No!” The word burst from my lips before I could soften the rejection. “They’re children! They’ll be slaughtered!”

“Not against those two. Gunner and Ransom are boy scouts. First blood will be a nick on the cheek. Won’t even scar. And next week, ticket sales will skyrocket out of sight.”

So she was aware of the existence of werewolves. No human would refer to a four-legged shifter in the same breath as his two-legged companion unless she fully understood the former’s ability to change forms.

Still, I had no time to further analyze that fact because Ma Scrubbs wasn’t even looking at me any longer. Instead, she pulled out her cell phone and began thumbing through her address book, stopping only when the faces of Jessie and Charlie Raven popped into view. The twins were sweet young things who I’d mentored for a couple of summers. Despite my best efforts, though, the duo still thought fencing was a sport in which you didn’t hit below the belt or above the neck. They had no concept werewolves existed and they were barely older than my kid sister. If I didn’t allow Kira to sit in the Arena’s audience, I certainly wasn’t going to be responsible for Jessie and Charlie ending up within the Arena’s cage.

So even though I knew I was being played, I reached out and blocked the phone’s surface with my hand. “Okay, you win,” I answered. Took a deep breath, considered the angles. I couldn’t use my supernatural speed to its full advantage against a pair of werewolves, but there had to be a way to turn my opponents’ cockiness against them.

If there was, Ma Scrubbs surely would have thought of it. “And you clearly have a plan,” I continued. “So let’s hear it.”

I’m afraid that’s all the excerpt I have for you today. But you can keep reading by downloading the full book on the retailer of your choice. Enjoy!