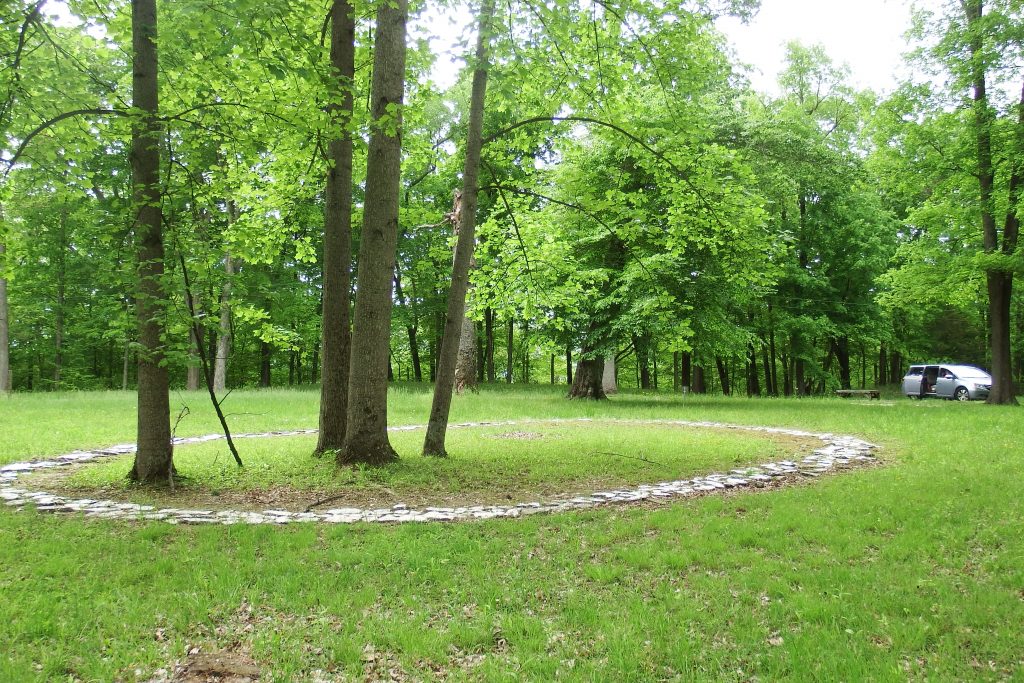 My husband, my mothers-in-law, and I spent an illuminating afternoon at Fort Ancient yesterday. Unfortunately, our brains grew saturated before we made it halfway through the museum, and we didn’t get to spend nearly enough time walking through the astonishing earthworks either. But I saw enough to get my mind whirring, which will have to do for now! 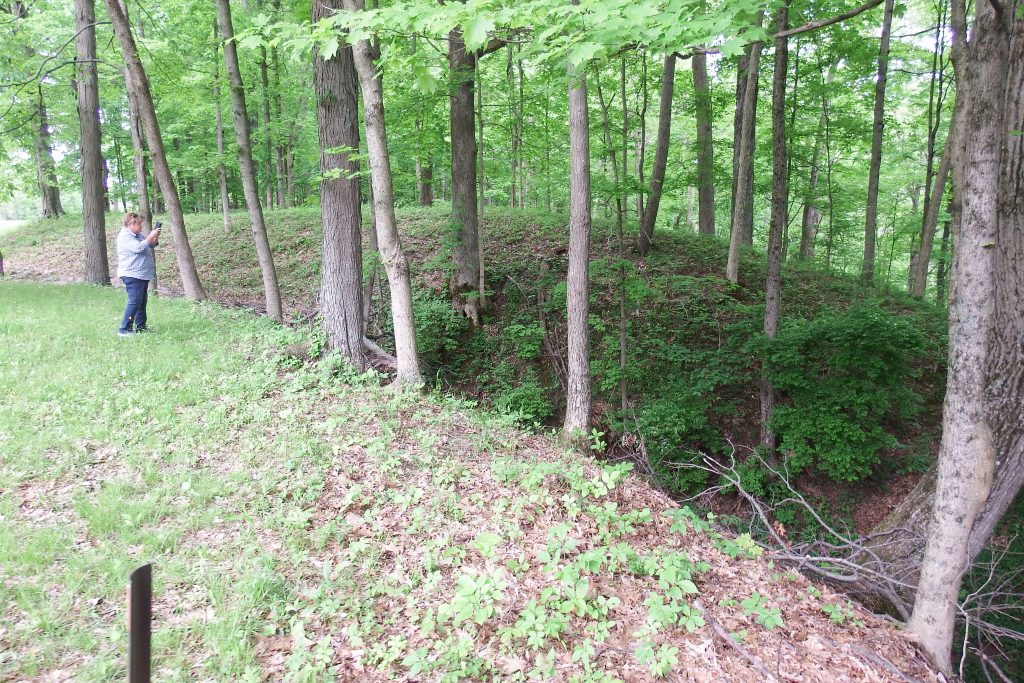 This two-thousand-year-old site was created during a 400-year period then was used for another hundred years after that. Up on a bluff above the Little Miami River, the first step in construction involved moving tons of earth to fill in ravines like this one…using hand-woven baskets, elk antlers, deer shoulderblades, clam-shell hoes, and wooden digging sticks. 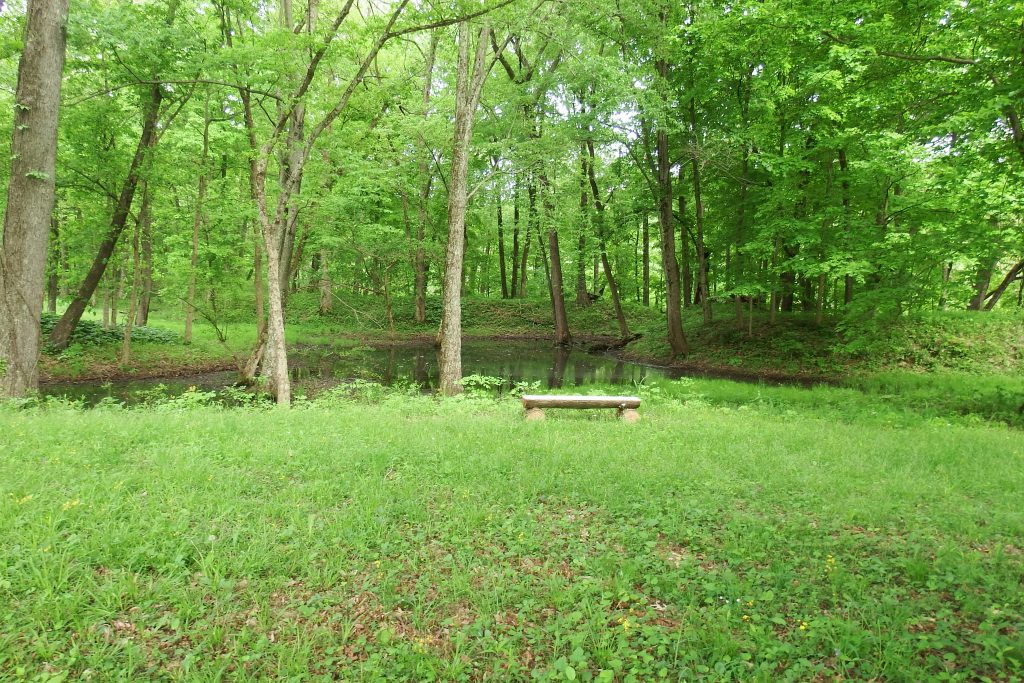 Then a 3.5-mile-long undulating curve of wall was created, along with indented ponds on the inside. To give you an idea of the scale of this endeavor, the amount of earth moved at the Fort Ancient site amounted to 221,000 full-size pickup-truck loads. If construction was ongoing throughout all four seasons every day of the 400 years in question, that amounts to 1.5 pickup-truck loads moved daily. A serious undertaking for a society in which people lived in small family groups! 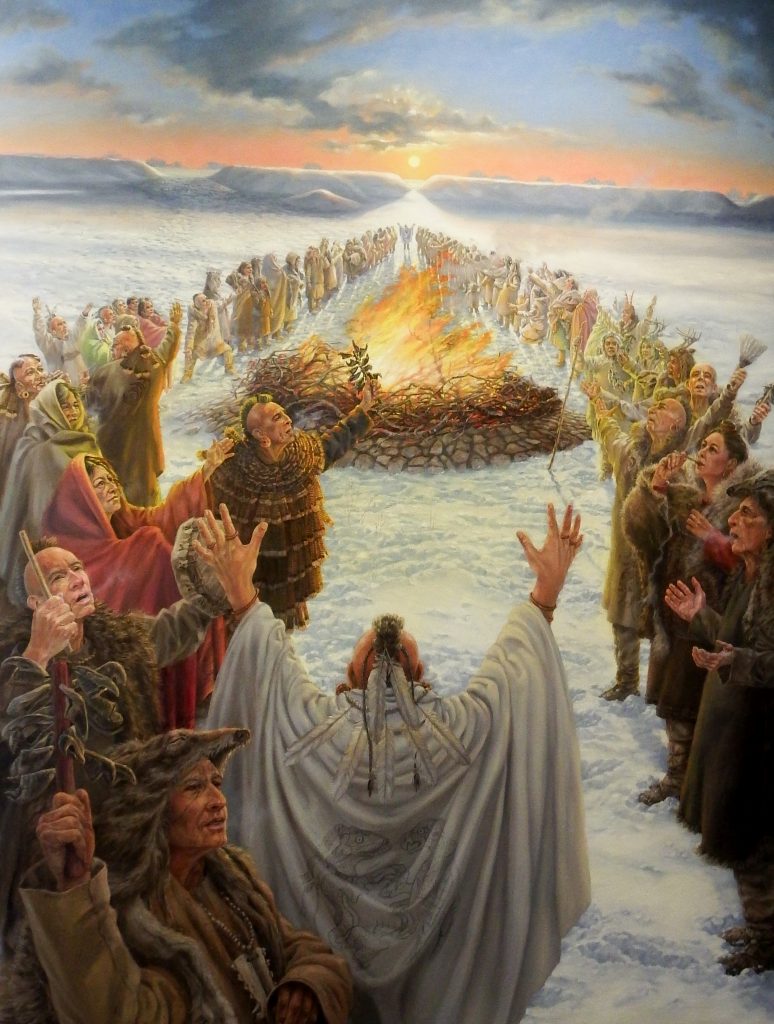 Early European settlers assumed these walls were fortresses, but scientists now think they may have been sites of religious ceremonies, athletic competitions, or other cultural events. The Calendar Mounds and the newly discovered Moorehead Circle are evidence of one potential use. 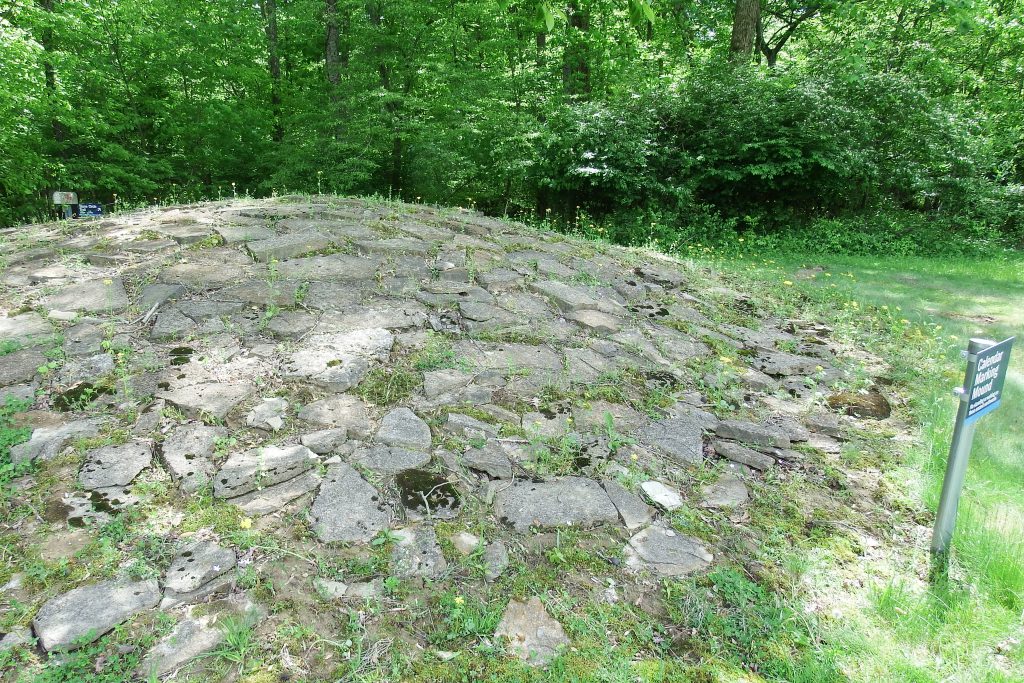 Used in conjunction with intentional gaps in the encircling earthworks, the Calendar Mounds line up with sunrise at the solstices and with various astronomical events. Archaeological evidence suggests that the Fort Ancient people built bonfires at the site of these mounds, perhaps to create balance with the rising sun. The Moorehead Circle was a woodhenge (like Stonehenge, but built out of wooden posts) that may have had a similar function. 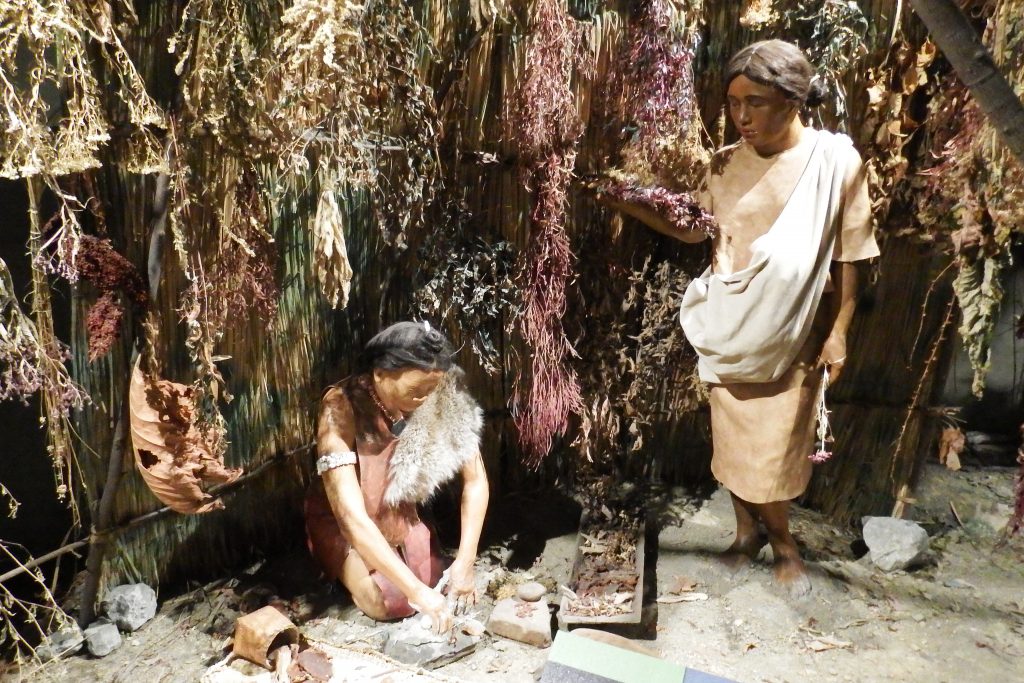 Unfortunately, everything we decipher about two-thousand-year-old people who left no written record is guesswork. Could the Fort Ancient earthworks relate to earlier evidence of shamanism in which bear and wolf skulls were carved into ceremonial masks? Were the ponds part of the ceremony or simply inevitable depressions that resulted from moving so much earth? How many people came to Fort Ancient, how often, and why? Why do Fort Ancient’s earthworks take on such an organic shape while contemporaneous sites in valleys enclose perfect circles and squares? 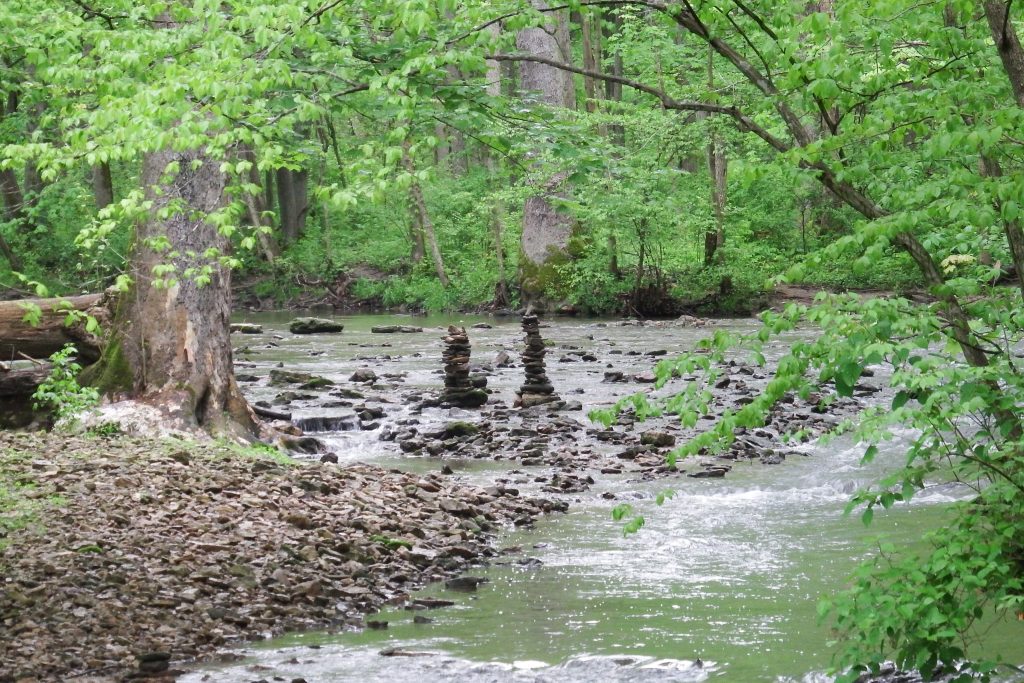 It’s easy to ascribe deep spiritual significance to people we will never meet or know. But walking through a different park the next day and coming across modern cairns created by bored college students, I had to wonder how much of the stunning Fort Ancient earthworks is mystical…and how much is simply the result of humans with time on their hands wanting to leave their mark on the landscape.

After all, hunter-gatherers tend to have more leisure time than the average modern American. Without television and facebook to fill that time, did Fort Ancient people naturally gravitate toward building undulating walls and limestone-capped mounds?

Unfortunately, we will likely never know. Still, the Fort Ancient earthworks is well worth a visit…or two, or three!