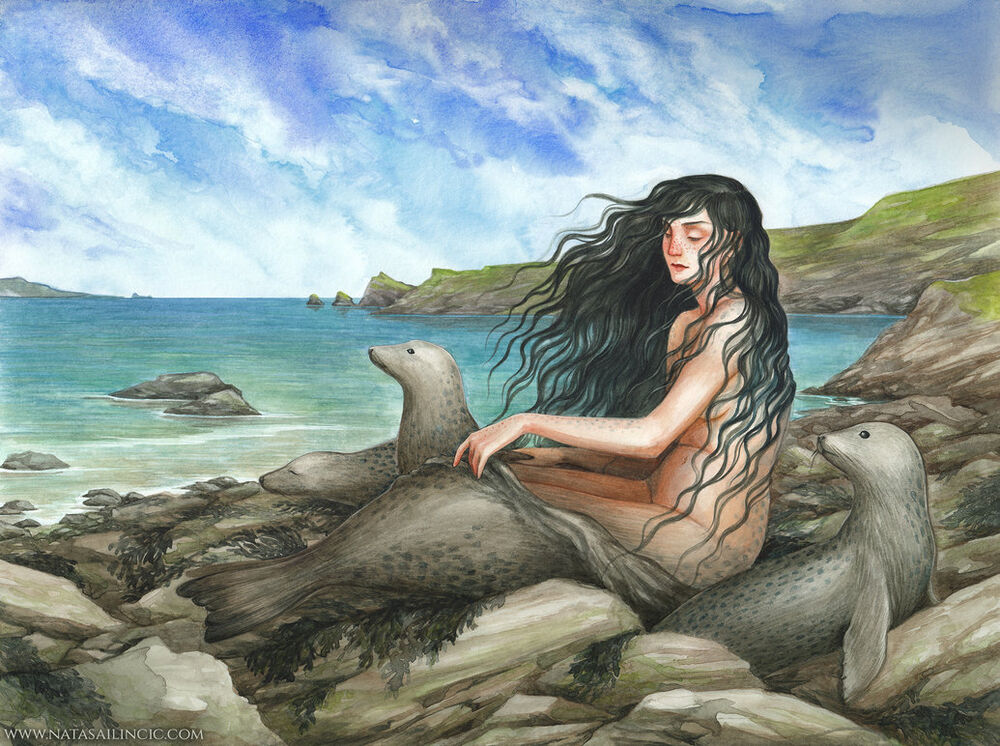 Those of you who have dived into my Moon-crossed Wolves series may be wondering where the idea of woelfin came from. The short version is — I made it up. Of course, no story exists in a vacuum, and woelfin have real predecessors in the mythological world.

Many of you have probably heard about selkies. I’ve always been intrigued by these Scottish stories of seals who came ashore, shed their skins, and turned into beautiful women. The trouble is, the rest of the myth is less palatable. A man steals the selkie’s skin, forces her to marry him, then hides the skin so she can never return to her home in the ocean. Yuck!

On the other hand, social scientists who study folklore across cultures report that selkies are just one offshoot of the Swan Maiden type. These stories are believed to have originated in Pacific Asia during paleolithic times (at least 10,000 years ago) and involve many types of animals. In Croatia, there’s a tale in this vein about a she-wolf who sheds her skin to become human…and that idea sucked me in.

What if, I wondered, the heroine hadn’t lost her own skin but was instead hunting the lost skin of a family member? What if woelfin (the name I chose because German was much easier than Croatian for an English speaker to wrap her keyboard around) were like werewolves but different in key ways? What if a peaceful, family-loving woelfin was sucked into a rough-and-tumble werewolf pack?

The result was Moon Stalked, Alpha’s Hunt, and Stray Shifter. As I near the end of the first draft of the latter, I’m already starting to regret having to leave the woelfin world behind.