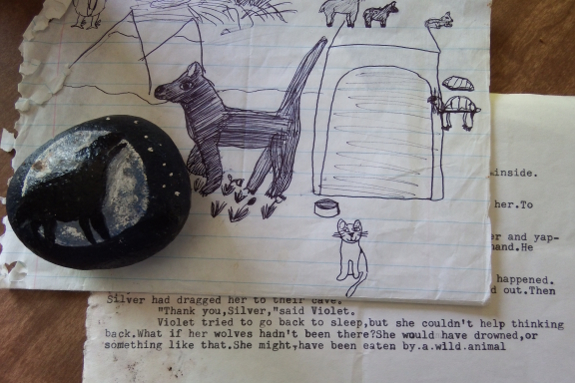 My first novel-length story erupted out of me during late elementary school. I remember spending hours scribbling down Violet’s adventures, but the plot is completely lost to the mists of time…or so I thought until last week. Imagine my surprise when my mother dug up the drawing and typed scene above, proving that Violet was hanging around with wolves!

(The painted rock was made by my awesome friend Kayla — much better than my childish drawing, don’t you think?) 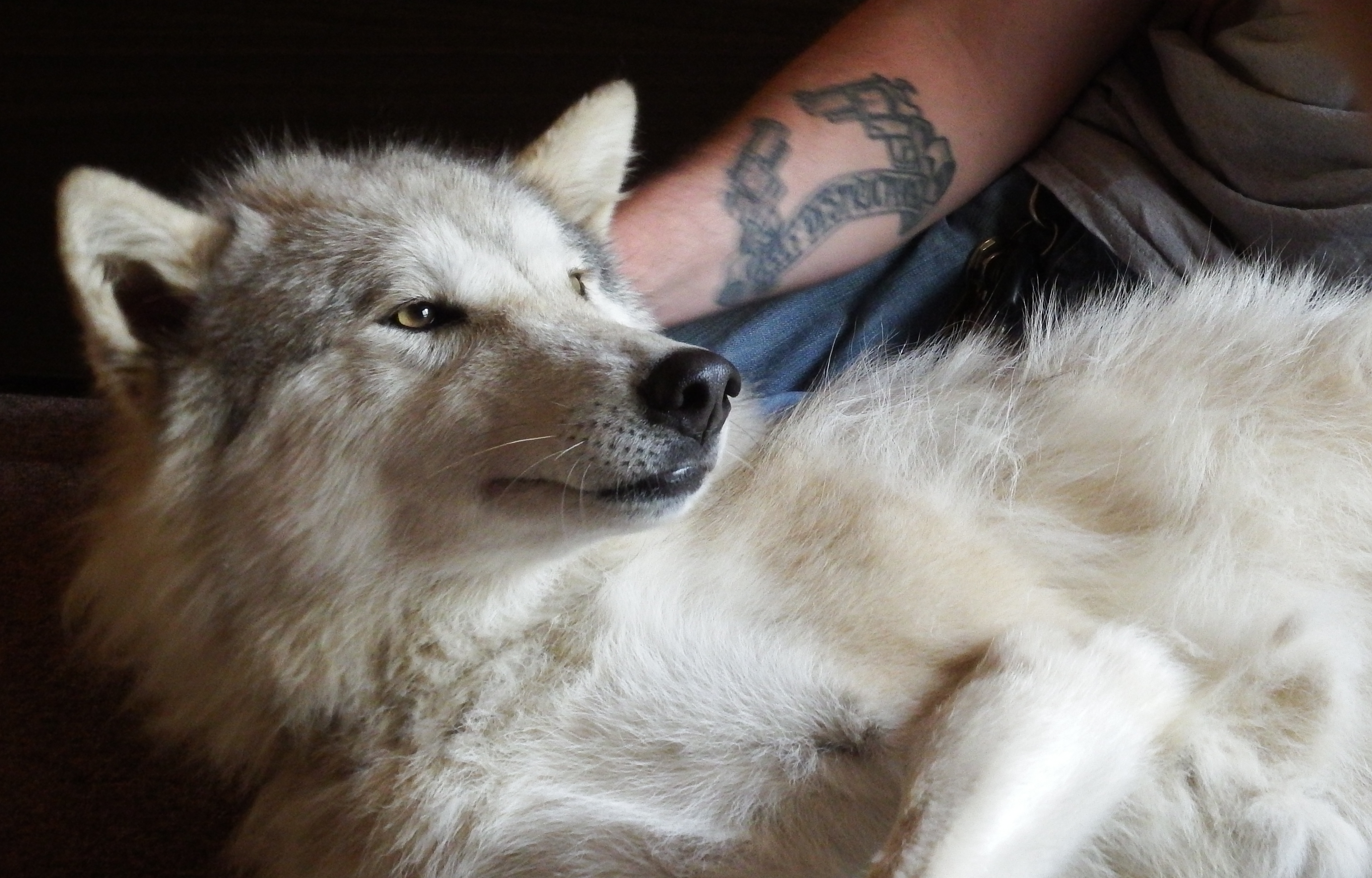 Inspired by this evidence of a childhood fascination with wild canines, I braved the toddlers and attended a live wolf presentation put on via a partnership between our local library and Ironwood Wolves. Logan is a three-year-old male who would have been reaching the end of his life in the wild on the average one meal per week, but appeared to be thriving in captivity where he’s likely to reach or exceed the grand old age of twelve. 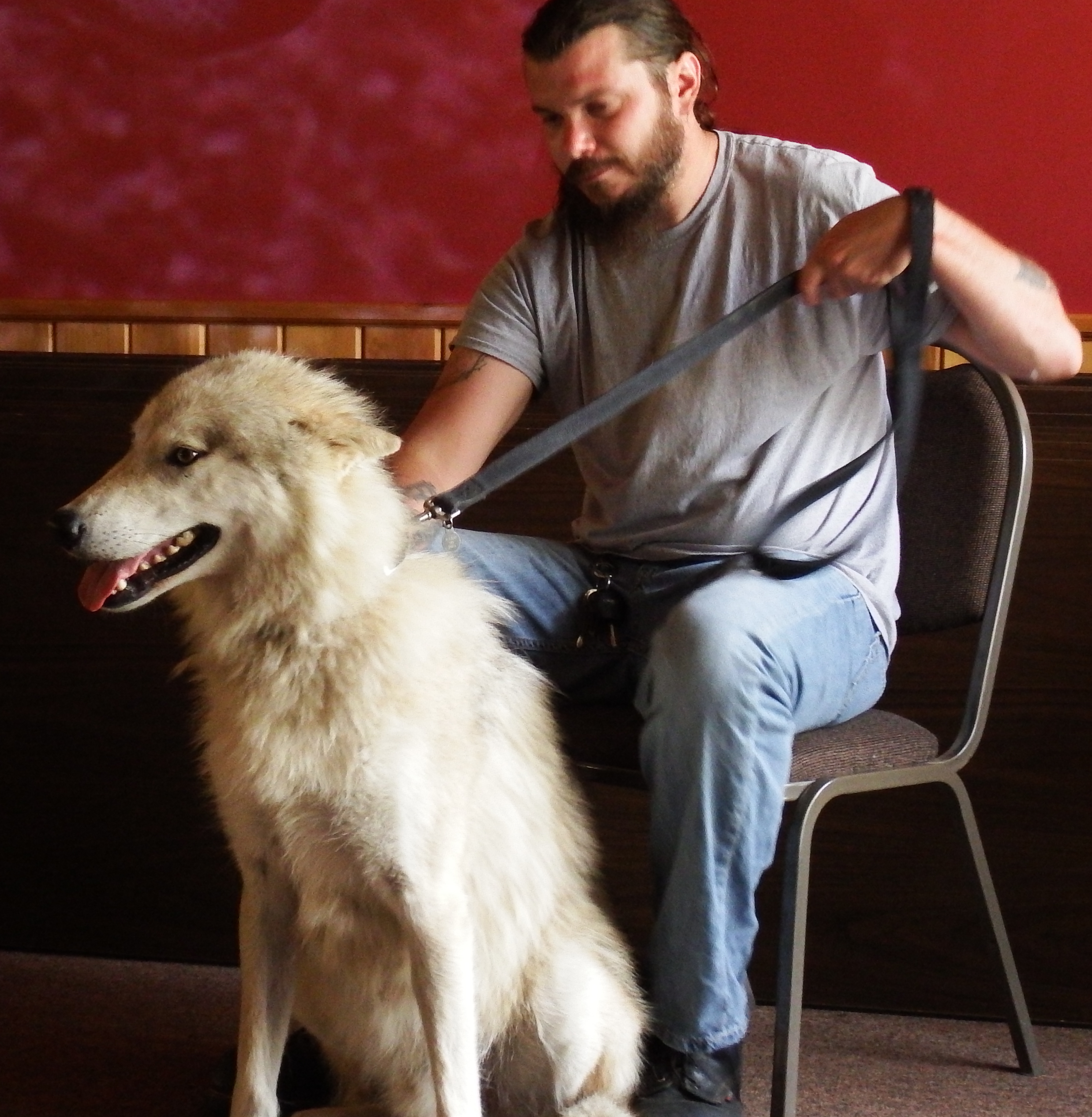 His feet were tremendous. His fur was almost mangy as he shed out his winter coat. And his temperament was mild leaning toward catnapping…until a child strayed across the safe line and prompted him to snap his teeth.